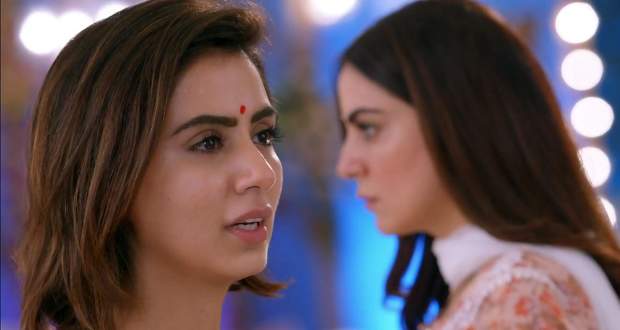 Karan promises that he won’t ditch Preeta and will be there for her. They share some romantic moments while Mahira witnesses the scene and fumes in anger.

She is adamant to get Karan back in life and wants Karan to give her the medicines. Karan and Preeta’s special moment is broken by the voice of glass breaking.

Karan wonders why he feels care for Preeta. Preeta asks about his care for her while Karan is not able to answer as Sherlyn interrupts him.

Sherlyn wants Karan to give Mahira medicines and Karan is forced to go into Mahira’s room. He goes to give medicine to Preeta and reassures her.

Mahira hugs Karan and the scene is witnessed by Preeta. Karan gets away from Mahira while Mahira calls him her life. Sherlyn gets pleased with Mahira’s actions.

Karan is about to leave but Mahira doesn’t let him go and holds his hand. Preeta can’t take it anymore and asks Karan to go into his room as his couch is calling.

Prithvi warns Sherlyn about Mahira and states she is not innocent. He states Mahira was doing a drama of suicide to enter the Luthra house.

Karan goes out of the room while Preeta points that how Mahira can put pressure on her wrist as she had cut her wrist recently.