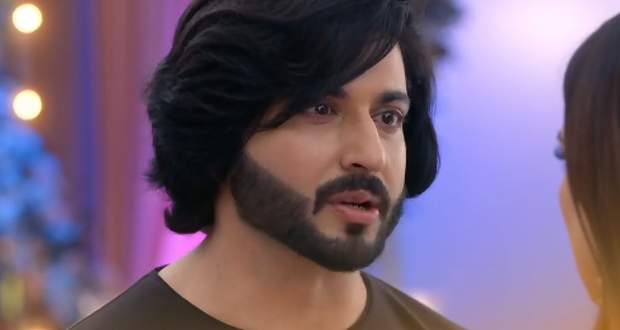 Today's Kundali Bhagya 8 Sep episode starts with Rishabh getting upset with Karan’s allegations. Karan thinks Rishabh has also conspired against him along with Preeta.

Preeta and Karan argue and Preeta is hurt that he doesn’t trust her. Karan wants to know his rights while Preeta wants him to take responsibility for his wife.

Preeta wants him to be on her side while Karan is not ready to accept her. The NGO women and police threaten to get Karan and the family arrested if they don’t accept Preeta.

The police officer also warns Karan of getting in the news headlines and advice them to let Preeta stay at their house. Karan is sure that Preeta will demand alimony after a few months just like the first time.

Karan gets ready to accept Preeta as his wife to show her real face and save his family. The police officer expects the Luthra family to keep Preeta in their house with due respect.

Mahira loses her senses while Sherlyn tries to consoles her. Sherlyn asks Mahira to not let Preeta inside Karan’s room. Meanwhile, Kritika and Dadi are against Preeta while Sameer tries to change their mind.

Sarla asks Srishti to call Sameer and ask about Preeta. Sameer doesn’t pick his phone as he is around Dadi while Srishti assures Sarla that Sameer is with them. Later, the NGO women and police ask Preeta to stay at Luthra house.