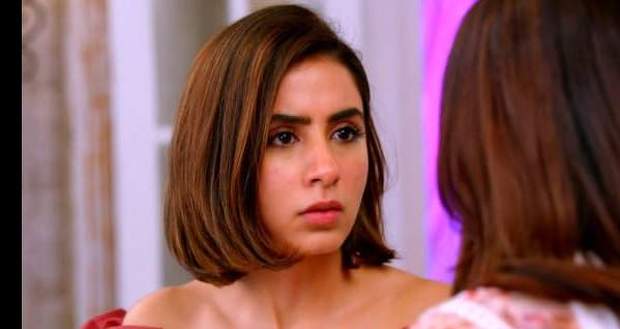 Today's Kundali Bhagya 9 Nov episode starts with Preeta confronting Mahira about her suicide drama. She opens her bandage and reveals she has just a scratch on her wrist.

She further reveals that she knows the suicide attempt was fake and that Srishti and Sameer have told her everything.

Preeta goes out of the room and tells everyone that Mahira is doing drama of suicide attempt. Mahira also comes out and criticizes Preeta.

Mahira says she was not doing drama and can do anything for Karan. She again threatens to harm herself and slits her wrist.

She falls unconscious while Karan rushes her to the hospital. Preeta is rebuked by Kareena for causing trouble to the family again.

However, it all turns out to be Preeta’s imagination and she is still standing in front of Mahira in the room.

Mahira mocks Preeta and knows Preeta can’t do anything. Sherlyn arrives there and offers to help Mahira in her plan to send the Luthra family to jail.

Preeta threatens to expose her one day and knows Karan will hate her after knowing her reality.

Sherlyn asks Mahira to not give up and play mind games with Preeta. She wants Mahira to meet her mother and seek advice from her.

Mahira goes to meet her mother while Ramona is sure Preeta won’t be able to do anything. She wishes to make Preeta’s life just like Gayatri.

© Copyright tellybest.com, 2020, 2021. All Rights Reserved. Unauthorized use and/or duplication of any material from tellybest.com without written permission is strictly prohibited.
Cached Saved on: Sunday 9th of May 2021 09:22:56 PM