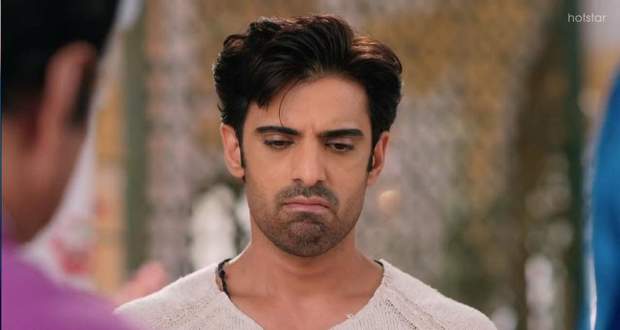 Everything gets normal and Dhruv asks Sonam to come downstairs with everyone. Later, Sheetal tells Dhruv’s parents that Sonam is not going to shift to Prayagraj for their help.

She indirectly tries to provoke Dhruv’s parents against Sonam. Dhruv gets angry with Sheetal for starting the same topic again.

Dhruv makes it clear to his parents that he and Sonam will always be there with them but he will never force Sonam to quit her job. Sonam asks Dhruv’s parents to support her in her dreams, while Sheetal tells Sonam that a lady should always sacrifice for her family.

Pratap makes it clear that he won’t get her daughter married to a person whose family will ask her to quit her career for the family. Dheeraj gets upset with everyone for thinking him to be useless and that he can’t take care of his family.

Shashikant tells everyone that he also wants to know Sonam’s final decision. Dhruv gets angry with his father for talking about the thing which is not going to happen.

Sonam stays quiet, while Nutan tells Shashikant to not to get insulted anymore. Dhruv takes a stand for Sonam and informs his family that he will not let Sonam quit her career.

Shashikant leaves from there, while Nutan gets tensed for thinking about Dhruv not getting married to anyone other than Sonam.