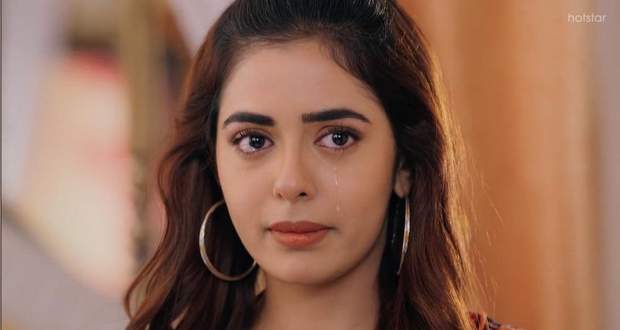 Today's Lockdown Ki Love Story 16 Sep episode starts with Nutan talking to Pratap in the kitchen. She tries to make him understand that Dhruv and Sonam are not made for each other.

She tells Pratap that Sonam will not be able to fulfill all the duties of the house and asks him to take Sonam back to Mumbai.

Sonam overhears their conversation and gets emotional on listening to Nutan’s words. Pratap asks Sonam to not get upset, while Sonam gifts the handmade bag to Nutan.

Sheetal arrives there and questions Nutan about her conversation with Pratap. Nutan tells her that she has done everything for her family.

Later, everyone gets together in the hall and Pratap informs Subhadra that Nutan doesn’t like Sonam. Shashikant tells Sonam to not to feel bad about Nutan’s words.

Pratap informs everyone that Nutan doesn’t want Sonam to get married to Dhruv, while Dhruv asks Sonam to discuss it calmly.

Meanwhile, Pratap informs everyone that he also doesn’t want her daughter to get married to Dhruv. Sonam leaves from there, while Dhruv follows her to talk to her.

They both share their feelings that they are hurt on the topic of canceling their marriage. Sonam tells Dhruv that she doesn’t want to get married without the blessings of their parents.