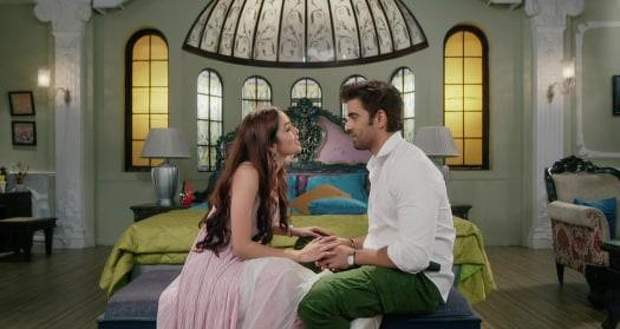 Dhruv’s mother gets angry with the logic of the pre-wedding shoot. Dhruv’s father arrives in the kitchen and asks her about the reason for her anger. He tries to calm her down and tells her that they have to keep patience as Dhruv’s in-laws are coming from Mumbai.

Sneha tells her mother that Dhruv has asked to bring a cucumber, while Dhruv’s parents get shocked to see face pack applied on Dhruv’s face.

Dhruv gets a message and tells everyone that Sonam’s flight has landed in Prayagraj. Dhruv’s family gets ready and waits for Dhruv to come downstairs.

Dhruv’s mother gets angry with Sonam and tells Dhruv’s father that Sonam insulted her. Later, Sonam gets ready for the pre-wedding shoot, and she gets a surprise from Dhruv.

Dhruv’s father gifts Sonam the holy book Ramayana, while Sonam thanks him for the beautiful gift. Meanwhile, Everyone gets shocked to hear that there will be a lockdown for 21 days in the country.

© Copyright tellybest.com, 2018, 2019, 2020. All Rights Reserved. Unauthorized use and/or duplication of this material without written permission from tellybest.com is strictly prohibited.
Cached Saved on: Monday 30th of November 2020 07:45:13 PM