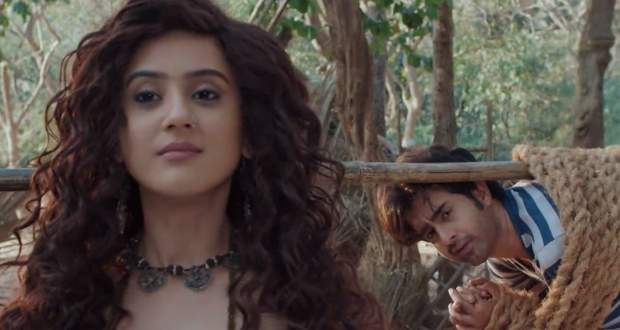 Today's Maharaj Ki Jai Ho 1 Apr episode starts with Shakuni writing his suicide letter for Maharaj. He hangs himself but one of the servants comes with a solution.

The servant asks for a 10 percent share while Maharaj comes at the same time. He asks for Gandhari to itch his back and later gets help from Shakuni and the other guy.

Sanjay goes to meet the thief girl and asks for the gold she has stolen. The girl further gets close to him but he is watching a dream and is attacked by tribal people.

Shakuni receives a fake necklace to give to Gandhari as she won’t notice. Albert witnessed the whole scene and how Shakuni is exchanging his black money.

Shakuni catches Albert in a woman avatar and asks why she was listening to them. He makes him listen to songs on earphones and Shakuni enjoys the songs.

The tribal people kidnap Sanjay who works under Sunaina, the thief girl. Later, Shakuni says he is in love while learns that the thief has trapped Sanjay.

Sunaina prepares to kill Sanjay and feed to the tribal people. Sunaina and her gang are attacked by Shakuni and his soldiers. He agrees to leave him if he doesn’t insult him in front of Maharaj.

However, Shakuni leaves him and also spreads fire in the grass. Further, Shakuni learns that he has received fake money and the man has eloped with the real money.