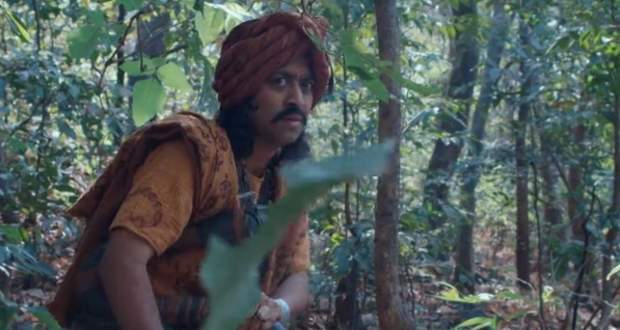 Maharaj Ki Jai Ho Written Update 6th April 2020: Shakuni is up to something

Today's Maharaj Ki Jai Ho 6 Apr episode starts with Suryabhan enjoying dance and asking about a particular dancing. She seems familiar to him while Senapati tells him that it is his son Prataap.

He calls him forward and asks Aacharya why he is dressed like that. Aacharya says it’s the result of his past life’s bad deeds. Aacharya explains that his son is not into war and weapons.

Sunaina brings Sanjay in Suryabhan’s court and asks for her money. Meanwhile, Mandakini makes an entry and scolds Albert for not doing the dusting well.

Suryabhan asks Sanjay to scratch his back and then asks to get 100 Raths. Sanjay is further put into a cage while Shakuni tries to flirt with Albert in woman’s getup.

Shakuni gets an idea and asks Maharaj to kill a lion to save his kingdom. Maharaj is scared and refuses to believe Shakuni’s dream while later Shakuni makes him realise that there is a lion in the jungle.

Shakuni is scared by his friend who is in the getup of a lion. Meanwhile, Sunaina and Sanjay escape in his car along with Aacharya. They drop Aacharya in the middle of the road and leave.

Later, Shakuni informs the Senapati that Maharaj is no more.

Upcoming Maharaj Ki Jai Ho episode update: Shakuni sits on the throne while Sanjay tries to save himself.