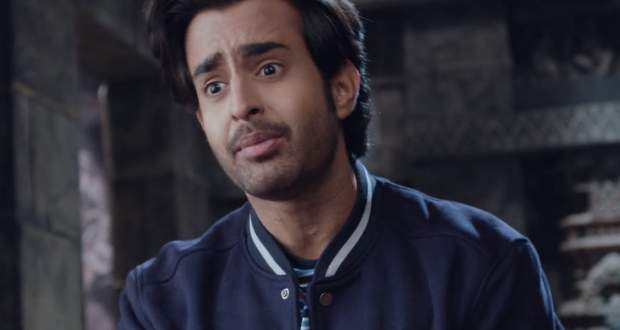 Meanwhile, Albert is excited to get the salary as the maid but gets disappointed to receive only fruits and vegetables. He decides to revolt and asks others to join him as well.

The maids support him and return the vegetables to Mandakini. Meanwhile, Senapati questions Sunaina and feels her voice and fragrance is sweet.

Later, Maharaj learns that the workers in his palace are not working and Sanjay explains the situation to him by giving examples. Maharaj is disappointed while Gandhari thinks Shakuni’s absence is causing so many difficulties.

At the same time, Suryabhan arrives in Hastinapur palace to introduce his Pahalwan for the mud fight. Senapati of Hastinapur is shocked to see a powerful and strong fighter opposite him.

He gets scared and steps back from the competition. He wants one of the soldiers to fight the powerful fighter of Maharaja Suryabhan.

Sunaina gets trapped in the fight but is adamant to fight. Sanjay tries to make her understand she can’t fight the powerful Pahalwan. Sanjay also offers to fight in place of Sunaina.

Sunaina makes fun of him and even beats him in their fighting competition. Later, Sanjay goes to meet the Pahalwan and both practice their fight on Shakuni.

He also instigates him against Maharaj Suryabhan and says he is not getting enough salary.