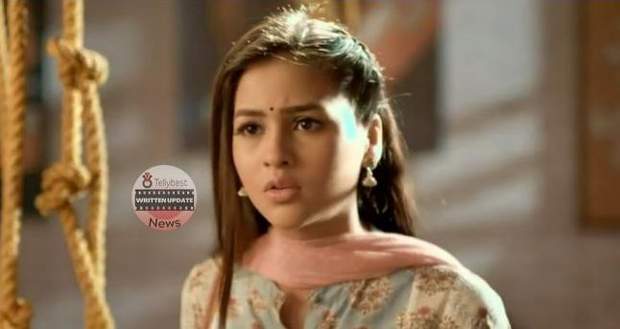 Later, Aprajita tells nostalgically about missing Dadi who always prepared Kheer for her on her birthday.

In the meantime, Manish tells Akshay that he is emotionally involved in his business.

He also tells him that he has convinced MLA to a second meeting and he also realised his mistake.

However, Akshay refuses to do business with MLA who has to badmouth Disha.

Manish looks frustrated and tells Akshay to keep business and emotions aside.

Just then, Mohini gets a call from her friend about Vicky in the hospital after being beaten badly.

Meanwhile, Veer is anxious to know why Chavi has blocked him.

Just then MLA comes to Veer and scolds him for beating the boy mercilessly.

He asks him if there is any girl involved in this matter but Veer walks out on him.

Later, MLA calls his goon and asks him to find out about the girl Veer is seeing.

After a while, Aprajita finds a note from Chavi telling her about the kheer that she has prepared for her.

Just then, Dadi calls Aprajita to wish her a happy birthday.

Aprajita teases her for calling so late while Dadi becomes nostalgic for not being with her on her special day.

Dadi feels happy to hear that Chavi has prepared Kheer for her and asks about Veer.

Aprajita shares her concern about the boy who found out Chavi’s number just to apologise to her.

Later, Akshay comes to Dadi with food but becomes angry when she asks her to take her to Aprajita on her birthday.

Meanwhile, Guggu leaves in a hurry to meet Disha and Asha while Veer comes to meet Chavi.

Chavi tells him that she cannot betray her mother and asks him to forget her.

However, Veer tells him that he can not let go of her because she belongs to him and now she will come to him and that too on running feet.

Later, Disha calls Dadi and tells her to get ready to meet Aprajita.

Dadi feels a little scared but Disha tells her not to fear and just do it.

After a while, Dadi pretends to be very sick and asks Mohini to call an ambulance.

Later, Disha, Asha and Guggu arrive at the house dressed as hospital staff and put Dadi in the ambulance.

Just as they are about to leave, Mohini stops them.

Meanwhile, Aprajita is trying to start her car when Akshay comes there and offers to give her a lift.

However, Aprajita starts her car and tells him that even her car will not let her take anything from him.

Elsewhere, Mohini tells them that she has received a call from the hospital that someone has cancelled the ambulance.

Disha and Asha look puzzled and thinks of an answer to give to Mohini.

Meanwhile, Akshay warns Aprajita to not get carried away on her birthday and to try to meet Dadi.

However, Aprajita ignores his warning and challenges him that she will definitely meet Dadi today.