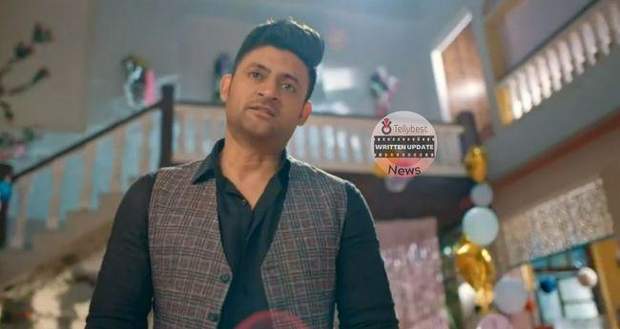 Chhavi says that Veer is not the boy who humiliated her rather he respects her a lot.

She keeps on counting the disrespect she got in her life but the special respect from Veer.

Aprajeeta hugs Chhavi and listens to her silently grasping what she has in her heart.

Meanwhile, Akshay asks Mohini what truth she is talking about when Mohini reveals that he is a bad father which Nia overhears.

At the same time, Aprajeeta tells Chavi that even small talk with love feels like love at her age but these are temporary as she remembers her moments with Akshay.

She says not to repeat the mistakes she did in love and asks her to take every step after pondering over it.

Aasha and Disha hug Chavi while Aprajeeta says that she has already talked to Chavi and no one will question her further.

On the other hand, Nia says that Akshay is a good father and that he always cared for her leaving his important meetings and projects.

Nia says he will win over his other daughters too while Mohini feels her family drifting apart from her.

Later, Akshay goes to talk to Amma about Chhavi and says that he cares for Chavi.

Meanwhile, Aprajeeta tells Asha and Disha that they have to care for Chavi when Chavi comes with Milkshake.

Everyone asks her to join them but Chaavi says she is going out for a walk and also offers her phone to prove that she is not going to talk to Veer.

Later at night, Chaavi sees a lot of missed calls from Veer and goes to talk to him.

Chhavi says that her family knows about him and tells him that she will not be able to meet him.

She switches her phone off when Veer asks her if she will be able to live without him.

In the morning, Aprajeeta asks Chavi to make her college project when she finds her lost while making tea.

Asha asks Disha to talk to Chavi as she is more lost than ever and it could negatively impact her.

Chavi feels conflicted between Veer's words of love and Aparajeeta's trust in her while Asha comes there and sees her with some ropes.

Asha thinks that Chavi is committing suicide and calls Disha for help.

Chavi says she will never take such a step and says that now she has kept a stone in her heart and her feeling won't impact her.

Just then, Veer enters Chavi's house while Disha stops him.

© Copyright tellybest.com, 2022, 2023. All Rights Reserved. Unauthorized use and/or duplication of any material from tellybest.com without written permission is strictly prohibited.
Cached Saved on: Monday 21st of November 2022 08:06:51 AMCached Disp on: Wednesday 7th of December 2022 02:45:07 PM