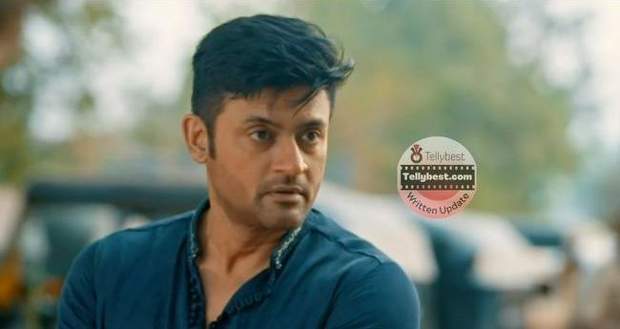 Today's Main Hoon Aparajita 27th November 2022 episode starts with Veer telling Chavi on call that she has to answer him till night.

On the other hand, Mohini feeds Nia while she keeps on appreciating Aparajeeta and her brevity.

When Mohini's brother asks Mohini the reason for the fading of colors from her face, she tells the obvious reason for Aparajeeta's closeness with Akshay and Nia.

Meanwhile, Aparajeeta asks Chhavi about Veer when she says that she did not know that Veer was about to propose to her.

Aparajeeta says that they do not know each other for more than 2 months while Chavi says she knows Veer for 3 months which is enough to know a person.

Aparajeeta says that Chavi might have known all the good about Veer in these 3 months but a person's life is even less to know the other person's negatives.

She says that Veer's anger for the boy who hurt Chavi was disturbing.

However, Chavi thinks that Veer's madness is what she likes and Veer is the only one who cares for her like that.

Just then, Aparajeeta shows Chavi the reality of marriage when they will have no money as they are not yet capable enough to earn.

In MLA's house, Sunil Thakur gets blackmailed by the opposition by showing him Veer's video.

At the same time, Chavi says that she will not go against her mother as it will question her upbringing.

Meanwhile, Akshay praises Veer and calls him ideal for Chavi.

Aparajeeta slowly removes the bangles from Chavi's hands but she stops her and leaves as Veer's name is written on her hand and she does not want to tell about her Karwachauth fast.

Disha sees Chavi hiding her hand and sees the name.

Disha says that just because Chavi was there, their mother had to go to save them.

Just then, Aparajeeta overhears them but Disha covers up for Chavi.

In Akshay's house, Mohini taunts Akshay that it was not Aparajeeta who saved him but the fast that she has kept for him.

Amma reveals that Aparajeeta too kept the fast and Akshay broke it.

Mohini keeps on spewing bad words about Amma's Bitti when Amma stops her.

Akshay tries to calm down Mohini but Mohini emotionally tells him that she is still fasting while he broke Aparajeeta's fast.

Nia also says that it was the circumstances that forced Akshay to do what he did.

Hurt by the events, Mohini says she will not break the fast now or ever saying she is going on a hunger strike.

Amma prays for Naagin Mohini to get out of their lives.

Meanwhile, Aparajeeta does miscalculations in her budget remembering Veer's violence.

© Copyright tellybest.com, 2022, 2023. All Rights Reserved. Unauthorized use and/or duplication of any material from tellybest.com without written permission is strictly prohibited.
Cached Saved on: Wednesday 25th of January 2023 05:26:18 PMCached Disp on: Monday 6th of February 2023 05:23:08 AM