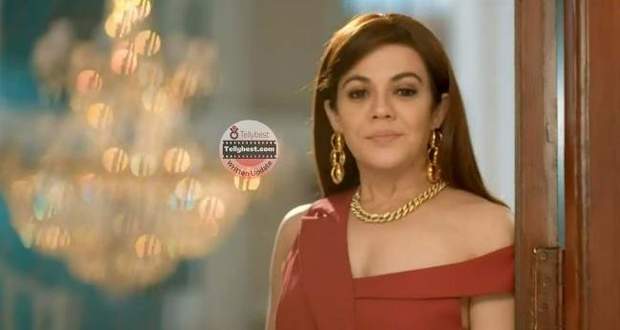 Amma gets confused and asks Mohini to be clear with her.

Mohini takes out her phone and shows Amma the leaked video of Chhavi and Veer.

Niya tries to stop Mohini but Mohini doesn’t listen to her.

On the other hand, Veer tells Akshay he wants to marry Chhavi, and Akshaya leaves.

Sunil warns Veer that he will not help him this time.

Meanwhile, Mohini talks to her friends and tells them that Chhavi is a very ill-mannered child.

At Aparajita’s house, Aparajita tells Disha that she will go to the police and file the complaint.

Amma comes in with Niya and tells Aparajita that there is no need to go to the police and make this a blunder.

Aparajita tells her that she has to go to the police because someone is trying to harm Chhavi’s reputation.

Akshay enters and tells that this matter has to end so Chhavi and Veer should get married.

Aparajita tells that this is no reason for him as he is not a reliable person.

Upstairs Asha tells everyone that Akshay has decided to marry Chhavi to Veer, hearing this Disha is enraged.

Disha shouts and asks who is he to make any decisions for their life.

Niya tries to calm Disha and tells her that she is being hostile towards Akshay.

Disha shouts at her that both father and mother’s role has been managed by Aparajita throughout their life and only she can make any decision for her daughters.

On the other hand, Aparajita tells Amma that she has to prove her daughter right because that video is half and Chhavi is innocent.

Amma questions her and tells her that Chhavi has lied before and will keep lying about it, and the best way to stop this situation is to marry off Chhavi.

Aparajita tells her that if she marries Chhavi without proving her innocence she will be kept as a burden in that house.

Meanwhile, both Chhavi and Disha come to a disagreement about love and Veer and stop talking to each other.

Further, Mohini tells Manish that Chhavi will cause a gap between Aparajita and Akshay.

Manish tells her that Veer isn’t a decent man and he has a terrible past.

Mohini gets intrigued and asks him to tell her more.

He spills the beans and tells her that Veer’s last relationship was a blunder and the girl went missing after some time.

On the other hand, Akshay says that he will go talk to Chhavi but Aparajita stops him.