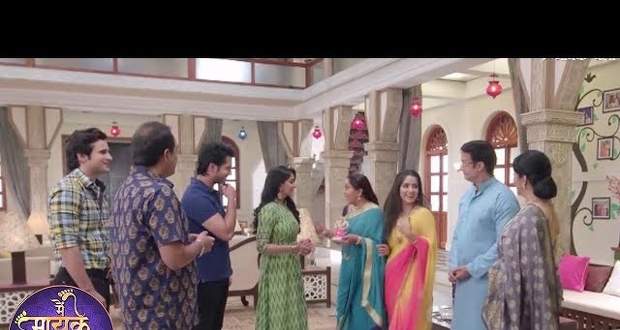 Jaya is irked on Satya for her decision of re-marriage. Satya tries to convince Jaya to meet the boys.

Samar comes and says he knew that Jaya will not agree for second marriage because she loves him. Listening to Samar’s words, Jaya agrees to meet the boys for marriage.

Samar says he will leave the house on the day Jaya will get married. Jaya counters him by saying that she doesn’t love him.

Satya asks Samar to leave the house. Jaya stops Samar by saying that she wants him to stay over till she marries someone else.

At Surana house, Rama beats Samar for planning Jaya’s second marriage. Samar calms her down by saying that this will help Jaya take her decision on her own.

Samar adds that it is his love test and he will surely win in this test when Jaya will come back to Surana house.

Satya does all the preparations in the house to welcome the boy who is coming to see Jaya. Naani tells Samar that a boy named Jay is coming to meet Jaya. Jay is a Delhi based business tycoon.

Satya taunts Samar for not leaving the house prior to Jaya’s wedding.

Samar stares Jaya. To make him jealous, Jaya says she has dressed up for Jay. Samar feels no jealousy, on the contrary, he is confident that Jaya can never fall in love with any other guy.

Samar introduces himself as Jaya’s husband in front of Jay.

© Copyright tellybest.com, 2020, 2021. All Rights Reserved. Unauthorized use and/or duplication of any material from tellybest.com without written permission is strictly prohibited.
Cached Saved on: Monday 29th of November 2021 07:13:23 PMCached Disp on: Wednesday 1st of December 2021 02:32:10 PM