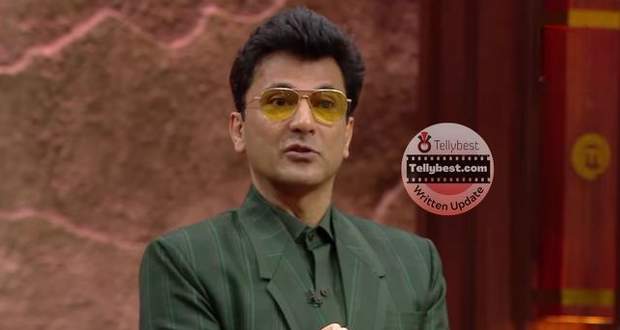 Today's Masterchef India 7 11th January 2023 episode starts with the chefs dividing the 12 contestants into groups of 4.

Kamaldeep, Vineet, Sachin, and Urmilla Baa are Team Green with Sachin as the captain.

Santa, Priyanka, Yashu, and Gulkirat are team blue with Santa as the captain.

Deepa, Priya, Dyuti, and Avinash are team red with Deepa as the captain.

The chefs tell the teams that out of the three teams, only one will be saved from this week’s elimination.

Their task for the day will be to prepare a full-fledged meal consisting of Appetizers, Soup, a main course, and dessert in a time span of 1 hour and 30 mins.

The chefs open the MasterChef pantry for the teams to collect their ingredients in 5 minutes.

Kamaldeep realizes that her team still needs to pick up the banana flour which is the main ingredient of their soup, Sachin calms her down and suggests using the coconut as an alternative for the banana flour.

Santa and her team are preparing a Banarsi Tamatar chat as an appetizer and corn soup.

She has skillfully distributed the tasks among her teammates.

Deepa is preparing a tour of dishes starting from Sindh to Bengal but with a hint of Arabic flavor using hummus.

Time to bring in the Appetizers:

Santa, Deepa, and Sachin bring forward their dishes to the chefs and leave after introducing their dishes.

The blue team has prepared a Tomato chart tart disc.

The red team has prepared Sindhi mutton cutlets with hummus and pitta bread.

The chefs appreciate Deepa’s dish as it has interesting components and a good Arabic twist, however, the kabab is too overcooked.

Kamaldeep from team green has made tangy coconut soup.

Priyanka from team blue has made corn soup with sesame lavas.

Priya from team red has prepared spinach and almond shorba.

Vineet has made Majlisi kabab.

Payesh tres leches are made by the team red and presented by Dyuti.

Strawberry Rabdi entremet is prepared by team blue and brought by Gulkirat.

Time to announce the winning team:

The chefs announce that they loved team Green’s appetizer.

The chefs then tell that team blue has made the best soup.

The best main course was served by team Red according to the chefs.

However, there was a lot of confusion about the best dessert between team blue and team red.

After a long pause, the chefs announce team Red as the winning team who have won a safe spot from this week’s elimination.

© Copyright tellybest.com, 2022, 2023. All Rights Reserved. Unauthorized use and/or duplication of any material from tellybest.com without written permission is strictly prohibited.
Cached Saved on: Wednesday 25th of January 2023 08:54:42 AMCached Disp on: Thursday 9th of February 2023 04:39:44 AM