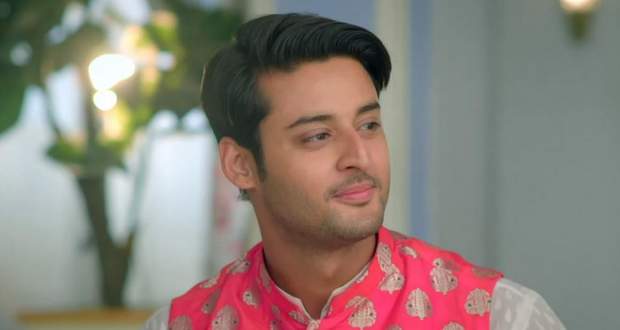 Today's Meet 10th June 2022 episode starts with Raj pushing Meet Hooda to reveal the truth for the sake of Babita.

Babita gets confused and questions Meet Hooda who reveals that she had blackmailed Abhay Rana to confess his crimes to the public if he wants his son, Shantanu to be alive.

Flashback shows, Meet Hooda blackmailing Abhay while standing in front of the people in the Chawl where Ashok Hooda's memorial is built.

Fearing for Shantanu's life, Abhay exposes all the wrongdoings he has done to date and reveals that he intended to destroy the Ahlawat family.

The public starts beating Abhay with rocks while the police come there to take him away.

Afterward, Meet Hooda goes to Ashok's memorial and cries saying that the has finally fulfilled her purpose.

Back in the present, Babita realizes that Meet was crying remembering her father, and feels guilty for berating her so much.

Babita cries and says that she had become selfish and apologizes to Meet for ignoring all the times she saved her family.

Seeing the happy atmosphere, Sunaina tries to inform the family that she also cracked a deal in the office.

However, she once again gets interrupted by Duggu who excitedly says that he won the prize for his project.

Duggu's feet get stuck with the carpet and the project flies into the air while Meet Hooda jumps to save the project.

Realizing her mistake, Meet Hooda thinks that Babita will scold her but Babita again apologizes to her for judging her personality.

Later, both Meet's apply ointment on each other's wounds and romance with each other.

Meet Hooda starts blabbering about going on an adventure and Meet Ahlawat realizes that she is having mood swings.

He takes Meet Hooda on a bike ride to eat ice cream while she convinces him to let her ride the bike.

However, Meet Ahlawat removes the spark plug to stop the bike and tells Meet Hooda to fix it which excites her.

Meet Hooda realizes the situation and makes Meet Ahlawat touch the greasy parts of the bike as an act of revenge.