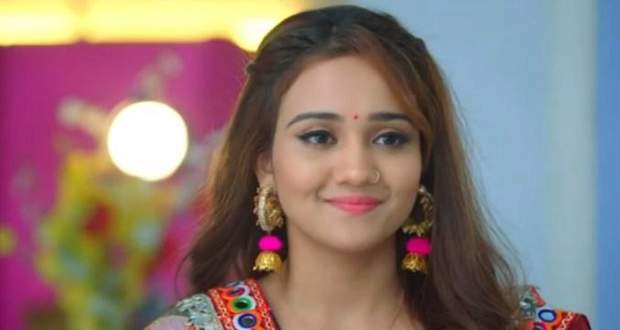 Today's Meet 11th August 2022 episode starts with Meet Ahlawat getting all emotional at the hospital when the doctor informs him about Deep’s critical state.

Meet Ahlawat remembers all the sweet memories he and Deep shared and miss him.

A panicked Isha calls Meet Ahlawat and tells him that she in a hurry hit someone in her car and is guilty of that.

Meet Ahlawat breaks the news to Isha that it was not any random person but her own husband Deep.

Isha is traumatized and heartbroken to know that she is responsible for her husband’s bad health and the phone slips from her hand.

Meet Ahlawat tries to calm Isha down but she is not in the state to listen to anything and slits her wrist in guilt.

Meet Ahlawat realizes it was all his imagination and he understands it’s not safe to share this news with Isha, especially over the phone.

He lies about Deep’s accident and tells Isha that it was a guy called Manish she hit who has not suffered from any major injuries and is being treated by the doctors.

Isha thanks him as he relieved a very heavy burden from her shoulders when Meet Ahlawat tells her to relax and go home.

Meet Ahlawat pledges to save Deep as he swore to protect Isha’s happiness. Feeling helpless, he asks Deep to get up as Isha is waiting for him.

Whereas, Ragini asks Tej to inform Meet Ahlawat about Rajvardhan’s condition as the family needs him.

Babita prays to her Mata Rani to save Raj and requests Ram the same thing.

The doctor asks Babita to sign the consent form as they have arranged the heart.

Babita compares Manjari to Meet Hooda when she gets to know that Manjari convinced all the doctors to operate on Raj and is getting the organ with her in an ambulance.

Manjari in Ambala decides to drive the ambulance on her own when the driver refuses due to the union strike.

Other members of the union stop Manjari however she outsmarts them by telling them that she is Meet from Haryana and sets a timer of 55 minutes on her phone and heads to Chandigarh.

The Ahlawats are relieved to know that Manjari has left Ambala.

Raj’s heartbeat drops down whereas Deep gains consciousness and gets emotional to see Meet Ahlawat in such a vulnerable state.

Deep and Raj are fighting death whereas the ambulance tire gets punctured causing a delay in Raj’s operation.