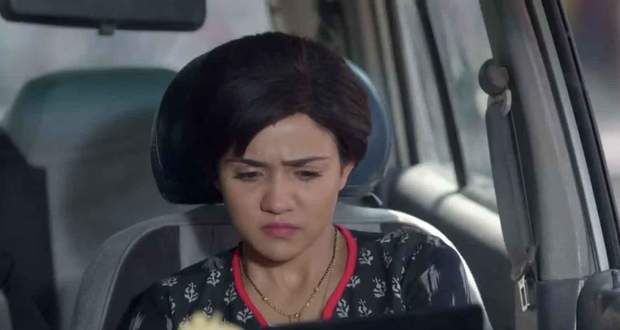 Today's Meet Serial 12th March 2022 episode starts with Meet Hooda figuring out that Mohan is currently in Kurukshetra by tracing the background during their video call.

Meet Ahlawat straightaway asks Meet to get in the car and both depart for Kurukshetra to find the ashram that Meet Hooda saw.

On reaching the ashram, Meet Ahlawat and Meet spot Mohan who on seeing them, tries to run away inside his room.

However, Meet Hooda stops Mohan from closing the door and reminds him of the moments they spent in her childhood.

Getting emotional, Mohan decides to tell the truth to them and reveals that Ashok Hooda actually died on 6th August 2018 in the jungle.

He tells both Meets about how Hawa Singh and his men killed Ashok on the 6th and showcased his death as an encounter on the 7th.

Meet trembles in sorrow hearing the horrific truth of her father’s death while Ahlawat holds her to support her from falling.

Mohan apologizes for not confessing the truth earlier to which Meet asks him to atone for his wrongdoing by helping them with Ashok Hooda’s case getting justice.

Seeing Meet crying like that, Mohan agrees to appear as a witness in the court and both Meets leave after telling Mohan about the timings.

On their way, Ahlawat tries to cheer up Meet by asking her on a date after this matter gets resolved to which Meet Hooda happily agrees.

The next day, Duggu calls Sunaina as his mom after he gets threatened by Masoom to do so.

Seeing Meet asking Duggu to share anything in his heart, Masoom interrupts their conversation and decides on the date of adoption after 2 days.

Later, Meet Hooda and Meet Ahlawat announce the truth behind Ashok’s death and tell the family that they are re-opening the case.

Hearing that Meet has evidence to prove that Ashok was murdered, Ram Ahlawat gets nervous.