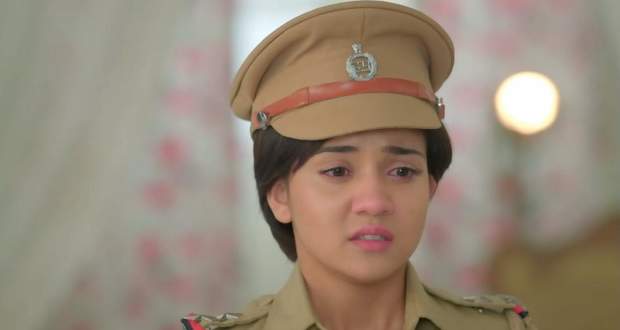 Today's Meet 12th May 2022 episode starts with Meet Ahlawat getting angry at Meet and accusing her of breaking the Ahlawat family.

Meet Ahlawat rushes inside followed by Meet Hooda as the Ahlawat family refuses to believe that Raj is a murderer.

However, Raj stops his sons from arguing with the police and tells them to not do anything against the law.

Refusing to agree to Hawa Singh’s orders, Meet Hooda stays still in her place after which another inspector handcuffs Raj and takes him away.

Later, at the police station, Meet Ahlawat's lawyer comes there and informs them that their bail papers are rejected.

Elsewhere, Hawa Singh calls Abhay and tells him that their plan went smoothly and that it was a good thing that his assistant saw the Pendrive with Sharmaji and took it from it.

Informing Shantanu of the truth, Abhay tells him that he had morphed Ram’s face onto his face earlier and Raj also did the same.

However, Shantanu still doesn’t understand him to which Abhay explains that they are the only two who know that he is the real killer of Ashok Hooda.

Isha overhears them and thinks to inform Meet Hooda somehow.

Further, Raj manages to convince Meet Ahlawat to return home for the sake of Babita’s health.

Meet Hooda tries to talk to Meet Ahlawat but he refuses to listen to her having lost faith in her.

Meet Hooda gets frustrated at Meet Ahlawat’s allegations and stops explaining herself.

At the Ahlawat Mansion, Meet Ahlawat feels lost in the absence of his father.

The whole family worries for him and Masoom shows her concern for Babita.

Babita is lying in a disheveled state. Meet tries to convince Babita to get back to her normal routine and support them.

In the police station, Meet Hooda provokes Raj to tell the truth and reads his confession letter.

She tears the letter in front of him.