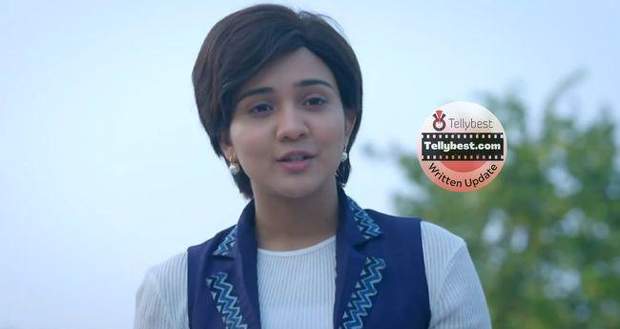 Today's Meet 13th January 2023 episode starts with Meet Hooda coming forward and telling Sarkar that she is the one who has fired a report against him.

Meet Hooda mocks him for trying to take her land and tells him that he's going to spend many Lohri's in jail.

Sarkar's wife comes forward and is about to fight with Meet Hooda but Sarkar stops her saying that he does not need a women's help.

Sarkar questions Neeraj if he is going to arrest the god of Sarkarpur while Meet Hooda argues that the villagers should also know what his God is doing.

Mahendra gets angry and raises his hand at Meet Hooda but she stops him and tells him to be careful that he doesn't end up in jail like his father.

Mahendra leaves from there angrily while Meet Hooda taunts Sarkar by doing a Shayri.

The constable comes forward to handcuff Sarkar but Sarkar's wife stops him.

However, Sarkar tells her to go back while the constable handcuffs him and takes him away.

The police reach the jeep while the villagers also start a riot stating that they won't let their God be taken to jail.

They start pressuring the police officer while Meet Hooda tries to make them understand that Sarkar is trying to keep them and the ladies under his thumb.

While the villagers start attacking the police again, Sarkar silences them with just a flick of his hand.

Mahendra also comes there with the lawyer and bails Sarkar out of handcuffs.

Meet Hooda tells him that he got saved this time but she will surely get him the next time.

Further, Meet Hooda does the Bhoomi Pujan of the land and puts up the board for Ambika Jai Bhawani Pharma Factory.

On the other hand, at Sarkar's house, Mahendra angrily paces the room saying that he will get rid of that girl.

Sarkar further asks the family members who informed the girl about the fake papers made by Tehsildar.

Mahendra says that he will find out when Sarkar slaps him and tells him that he was the one who drank with the Tehsildar and gave the clue to the police.

Sarkar rebukes him while Sarkar's wife, Jasodha goes to the temple and lights a diya as she says that she won't tie her hair or eat a grain of food until Meet Hooda gets on her knees and apologizes to Sarkar.

The ladies of the house get shocked while Sarkar thinks that he needs to become the God for his wife now.

At night, Meet Hooda is overlooking the papers and going over her project when she stumbles upon the picture of Meet Ahlawat with the ear studs.

She talks to the picture as she says that she knows he would have wanted to surprise her.

Just then, a gust of wind makes all of her papers fly away.

One paper ends up on someone's face while Meet Hooda angrily tells him that he should at least help her.

She takes the paper from his face and does not look at the face of the person who looks exactly like Meet Ahlawat but in the stud earring getup.

He helps her collect the papers while she does not even look at his face.

However, a truck stops announcing the Wresting Competition happening the next day, and Meet Ahlawat's doppelganger climbs the truck.

Meet Hooda demands her papers while the doppelganger gives her the papers without looking back.

Accidentally, the man's bracelet with MM written on it gets left behind in Meet Hooda's hands along with the papers.

© Copyright tellybest.com, 2022, 2023. All Rights Reserved. Unauthorized use and/or duplication of any material from tellybest.com without written permission is strictly prohibited.
Cached Saved on: Wednesday 25th of January 2023 01:07:29 PMCached Disp on: Thursday 9th of February 2023 05:50:28 AM