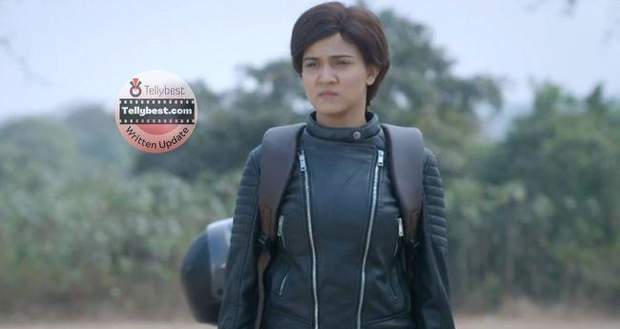 Today's Meet 14th January 2023 episode starts with Jasodha massaging Sarkar's hand while a man comes there and stands next to Sarkar without saying anything.

Sarkar tells the man to speak but he looks at Jasodha and whispers something into Sarkar's ears.

Sarkar demands the family gather and tells the family that someone from the family informed the city girl about him putting the earlier date in Chatkan's property papers through a secret number.

When no one speaks up, Sarkar tells Jasodha to make sure that the culprit comes forward in two days or it will be very bad for them.

On the other hand, Meet Hooda excitingly tells the layout of the factory to Raj and Babita while she realizes that Meet Ahlawat's picture is missing from its place.

Meet Hooda sees some kids nearby and asks them who took the picture.

The kids reveal to her that the wrestlers from Akada took the picture with them.

Meet Hooda gets confused and is thinking about what to do when Mahendra comes there.

He gives the phone to Meet Hooda telling her that Sarkar has a message for her.

Sarkar invites Meet Hooda to the function with the excuse that even enemies become friends during festivals.

As Meet Hooda agrees, Sarkar disconnects the call and laughs as he tells Jasodha that her vow to not tie her hand and not consume grain until Meet Hooda apologizes is going to end soon.

However, Jasodha stops him from feeding her and tells him that she will see Meet Hooda's defeat from her own eyes and then will eat from his hands.

Back at the land, Meet Hooda tells Raj and Babita to leave while she brings back Meet Ahlawat's picture from Akhada.

At the Akhada, a match is going on while Meet's doppelganger challenges the winner of the match.

Meet Hooda comes there while the doppelganger is fighting and wins the match.

The crowd gathers around the doppelganger blocking Meet Hooda's view while she takes the picture and takes out the locket from her bag.

As she is leaving, the kid asks Meet Hooda how she got a hold of the bracelet since it belongs to Bhaiya.

Meet Hooda gives the bracelet to the kid telling him to give it to Bhaiya and leaves.

At night, Meet Hooda arrives at the celebration of Lohri while Sarkar welcomes her graciously.

Further, Sarkar tells Meet Hooda that she needs to know weather or not the ladies of the village want to work in her factory and tells her to ask.

Meet Hooda loudly asks the ladies they want to become independent on their own by working in her factory but no one responds.