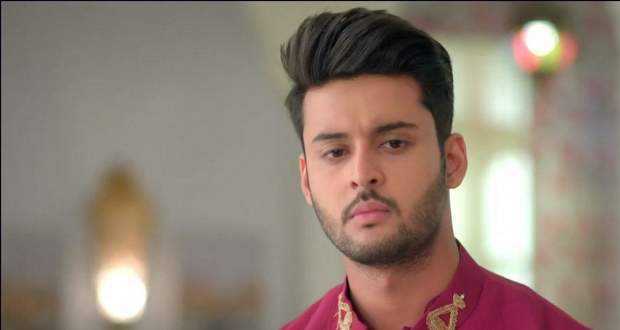 Today's Meet 15th April 2022 episode starts with Meet Hooda getting shocked seeing Deep and questioning how he's out of jail.

Deep tells Meet Hooda that he was on the way to a court hearing and requested the police officers to let him see Meet Hooda after spotting her there.

Deep tells Meet Hooda to keep an eye out for Meet Ahlawat as someone is trying to hurt him when Meet Ahlawat notices them talking and goes there.

However, Meet Hooda takes Meet Ahlawat away from there while Deep goes back to the police and goes to his court hearing.

Later, Abhay offers a drink to Ram but Ram refuses and says that their relationship will be affected if Shantanu turns out to be a molester.

However, Abhay assures him that Shantanu is innocent but Ram leaves from there saying that he will return only after Shantanu is proven innocent as Isha's future is on the line.

Meanwhile, inside Isha's doom, Babita goes to Isha and assures her that she will prioritize Isha first.

Meet Hooda talks to Balveer on call and tells him to keep a sharp eye on Shantanu.

The next day, Meet Hooda meets up with Latika on her way to jogging and manages to convince Latika to expose Shantanu's true nature to the Ahlawat family after telling Latika about the situation.

Later, she gets ready in front of the mirror and jokes around with Meet Ahlawat who is praising her hard work.

Meet Hooda goes downstairs and tells the family to wait till 2 pm for the evidence and that they can take the decision afterward.

Babita again warns Meet Hooda that her relationship with Abhay has become more sensitive due to her accusations and that the evidence should not be baseless.

Masoom again rebukes Meet Hooda but Raj stands up for her.