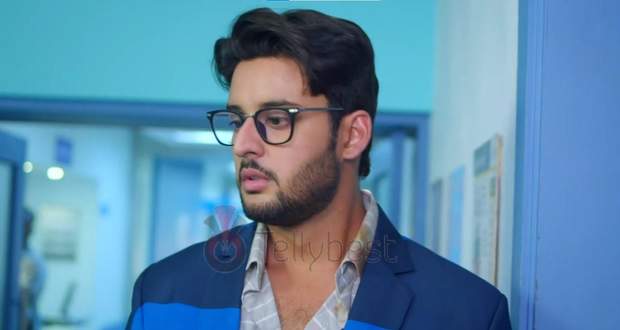 Today's Meet 15th August 2022 episode starts with Manjiri and Popat Bua going to the designated location to meet Manushi while she warns them of the fire and holes nearby.

Popat Bua shows Manjiri the video of her driving the ambulance going viral which makes her worried about Manushi and Kunal seeing it.

Back at the construction site, Manushi makes Manjiri sign the legal documents while Manjiri gets worried seeing the news channel on Manushi's phone showing her viral video.

Further, Manjiri intentionally spills water on the phone and plays it out as an accident after which Manushi calls Kunal and tells him to bring the baby.

On the other hand, Barfi Devi talks to Deep's body and promises him that the one who did this to him will suffer.

However, unable to hear about Isha, Meet Ahlawat apologizes to Barfi Devi and requests her to not curse Isha revealing that it was Isha's car which hit Deep.

At the construction site, Manushi unveils the cover from the pram and tells Manjari and Popat Bua that the baby is theirs from now on as per their deal.

Before Manjiri can hold the baby, Anubha comes there and hugs her saying that she knows Manjiri is Meet Hooda.

Manushi tries to explain to her mother that she is Manjiri but Anubha shows her the viral video and says that she knows Manjiri is Meet Hooda.

Manushi and Kunal run away with the baby and Meet Hooda goes after them while Popat Bua stops Anubha and tells her the truth.

Meanwhile, Barfi Devi slaps Meet Ahlawat and calls Isha unlucky as she states that Isha is a criminal.

Barfi Devi states that Isha will get jailed but Meet Ahlawat stops her stating that Isha doesn't know anything and requests her to not reveal anything to her.

Meet Hooda catches up to Manushi and Kunal and fights them while Kunal kicks the pram launching it towards the edge of the building.

© Copyright tellybest.com, 2020, 2021. All Rights Reserved. Unauthorized use and/or duplication of any material from tellybest.com without written permission is strictly prohibited.
Cached Saved on: Sunday 2nd of October 2022 06:55:29 AMCached Disp on: Thursday 6th of October 2022 04:01:42 PM