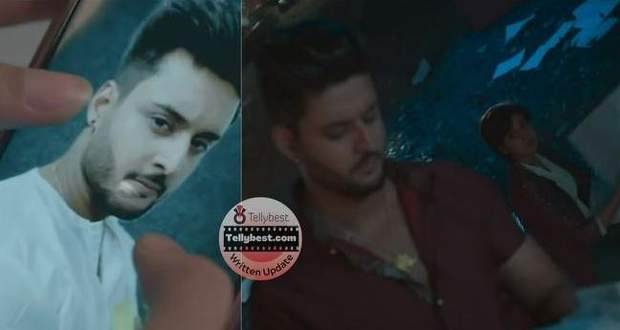 Today's Meet 15th January 2023 episode starts with Meet Hooda getting shocked to see that no woman raised her hand while Sarkar laughs.

Jasodha starts chanting that no women will step into the factory and are happy pleasing their husbands while the remaining ladies follow after her.

Meet Hooda grinds her teeth while Sarkar laughs feelings that he has already won against the city girl.

Sarkar mocks Meet Hooda by talking about a rat who would challenge a lion which makes all the ladies laugh.

However, Meet Hooda laughs knowing that she is being called a rat, and tells the rest of the story stating that the lion then got trapped in a net and had to beg the rat for help.

Further, Meet Hooda asks the ladies of the village which era they are living in and talks about how advanced the women of the modern world have become.

Meet Hooda tells the ladies to answer her question as they say that they are free and questions if they can go out of the house at any time as they please or if they can spend any money on themselves without asking the man of their family.

Meet Hooda asks if they have never been insulted by their partners and asks them if they want to live self-sufficiently or not.

Sarkar instigates Meet Hooda as he throws the keys towards her and tells her that even the ladies should know if the city girl has any strength in her or not.

Mahendra asks Sarkar what his plan is and Sarkar reveals that the truck's brakes are not working and that the city girl will jump from the truck fearing for her life once she realizes it.

The ladies of the village will see the city's girl scared expression and will not trust her.

Meet Hooda starts the truck but gets anxious as she realizes that the truck's brakes are not working.

She shouts for the villagers to move away but they do not hear her while the Sarkar family laughs except for Narendra's wife.

Just then, Meet Ahlawat's doppelganger (MM) comes in front of it and stops it from moving forward with all his strength.

Meet Hooda's vision goes blurry and she falls from the truck while MM saves her.

The truck goes and hits a sand mountain while the Sarkar family hit their heads in annoyance.

MM takes Meet Hooda away while Meet Hooda faintly sees his face before passing out completely.

Elsewhere, the Ahlawat family celebrates Lohri and wishes for the sadness to go away.

Babita remembers Meet Hooda and Meet Ahlawat's moments together and cries saying that she cannot help but wish that her son were here.

Just then, MM comes there in his jeep and brings Meet Hooda to them in his hands while the family stands in shock.

MM praises Meet Hooda and calls her brave while asking them where he should put her down.

However, the family stands silent in shock while MM walks inside and puts her on the couch with the family following after him.

MM notices the emotional expressions and the teary eyes of the family members and asks them if there is any problem.

Babita tries to speak but stays silent as MM tells the family to tell the girl to give him back his picture since the photographer had given it to her by mistake.

© Copyright tellybest.com, 2022, 2023. All Rights Reserved. Unauthorized use and/or duplication of any material from tellybest.com without written permission is strictly prohibited.
Cached Saved on: Wednesday 25th of January 2023 01:41:46 PMCached Disp on: Wednesday 1st of February 2023 05:47:22 PM