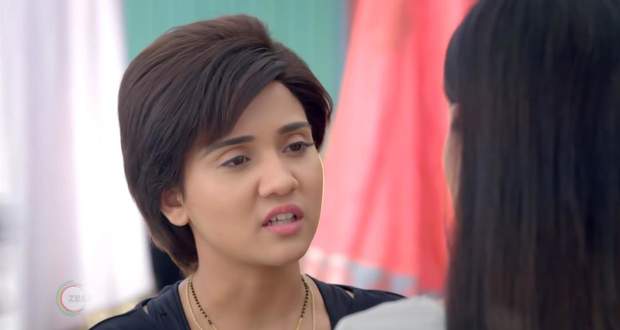 Today's Meet 18th April 2022 episode starts with Meet Ahlawat getting impressed by Meet Hooda's idea of a romantic proposal along with the other family members who clap for them.

Meet Ahlawat tells the family to get another ring for Shantanu and Isha's engagement as he is keeping the ring that Meet Hooda made him wear.

Suddenly, Meet Hooda gets a call from her informer who tells Meet that Shantanu will be at a party the next night and is known to be a womanizer.

Meanwhile, at the bar, Shantanu is enraged at Abhay for fixing his marriage to Isha and snatching his freedom when Abhay says that he has an ulterior motive.

Abhay reveals that Isha will be a protection for them as he is the one who killed Meet's father and planned to kill Tej.

Shantanu feels the ground shake under his feet hearing his father's sinister wrongdoings but tells Abhay that he will help him.

At Rana's house, Shantanu is getting ready for the party when Meet Ahlawat calls him to join them in selecting the engagement ring.

Shantanu thinks of not ruining his plans and lies to Meet Ahlawat that he has a meeting to attend and goes to the party.

Meet Hooda goes to the location sent to her by Balveer and thinks that she is mistaken for seeing a construction site.

However, Meet Hooda trusts her gut feeling and sneaks inside the construction site to see Shantanu having a girl dance with him very closely and kissing her neck as Meet Hooda records it.

At the Ahlawat house, Sunaina goes to Ram and Lakhan and gives them new clothes while apologizing to them by giving them pastries.

Sunaina afterward tells Tej that she has agreed to adopt Ram and Lakhan and he gets so happy that he starts romancing her right there.

However, she pushes him away when Tej gets stumped seeing a pack of cigarettes in the kid's bag.

Secretly, Sunaina has put them there intentionally to make Ram and Lakhan look bad in front of Tej.