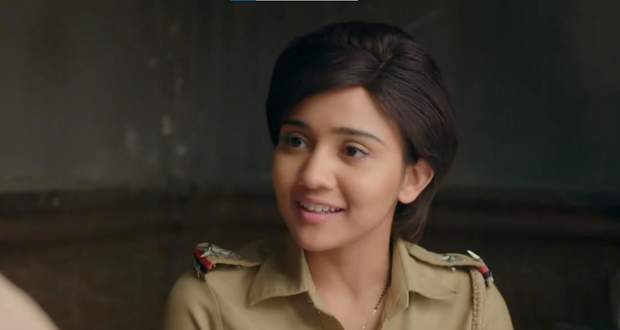 Today's Meet 18th May 2022 episode starts with the judge letting Meet Ahlawat enter the office and showing him that the bail application has been granted.

Meet Ahlawat happily calls his family and goes to bail out Raj.

Meanwhile, Meet Hooda calls Sharmaji and thanks him for his help. She also makes sure that Hawa Singh learns that she knows that the video is edited.

Further, she acts by calling Meet Ahlawat and telling him that Tej has had a stroke and that she is sure Tej has regained his memory.

She further says that she heard Tej blabber that he knows who killed Ashok Hooda before falling unconscious while making sure that Abhay overhears her conversation.

Meet Ahlawat messages Tej that he is bringing Raj home while Meet Hooda messages him from Tej's phone that he will meet him at home.

Later, Meet Ahlawat brings Raj home while the committee members of the company come there and inform him that the Ahlawat family has been boycotted by the association.

Meet Ahlawat talks back against them saying that they are shallow for accusing Raj of being a criminal without Judge announcing the verdict.

Tej comes there and calms Raj who requests the committee members to leave. Raj asks the family members about Meet Hooda.

Back in the hospital, Meet Hooda confirms with her informer if he dropped off Tej at home and that their plan is in motion.

At the Ahlawat house, Babita bad mouths Meet Hooda and inform Raj that Meet Ahlawat has decided to remove her from their family.

However, Raj rebukes Meet Ahlawat for being selfish and leaves announcing to not talk to him.

Back at the hospital, Abhay reaches the hospital and goes to the staff room where he wears the costume of a warden.

Abhay locks the hospital room and accepts all of his crimes thinking of Meet Hooda to be Tej.

However, just before Abhay can suffocate her, Meet Hooda reveals herself and beats him up revealing she planned everything to catch him red-handed.

© Copyright tellybest.com, 2020, 2021. All Rights Reserved. Unauthorized use and/or duplication of any material from tellybest.com without written permission is strictly prohibited.
Cached Saved on: Monday 3rd of October 2022 12:00:38 PMCached Disp on: Friday 7th of October 2022 03:34:41 PM