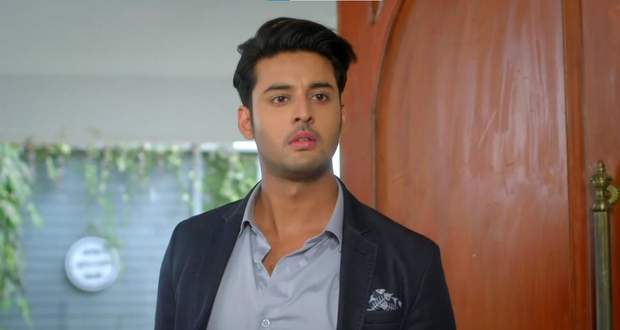 Today's Meet 1st June 2022 episode starts with Meet Hooda telling Meet Ahlawat that she will dress up like his perfect dream girl for him.

However, knowing that she doesn't like dressing up feminine, Meet Ahlawat asks her if she'll be comfortable doing it and removes the wig from her head with tender hands.

Meet Hooda questions him why he removed the hair since he liked her long hair very much while he tells her that he likes her way much more than her new look.

Meet Ahlawat teases her by calling her a duck but further reassures her saying that she is the most beautiful girl for him.

Meet Hooda tells Meet Ahlawat that her love for him runs in her veins and that she doesn't exist with anyone else.

The next morning, Babita gets happy seeing Meet Ahlawat read a book on parenting.

Meet Ahlawat gushes to her about becoming a father while Babita says that she doubts if Meet Hooda can be a good mother as her nature is not that of an expecting mother.

Later, Babita greets Anubha as they congratulate each other on becoming grandparents.

Anubha says that she never thought her daughter who always jumps around would become a mother.

Further, Anubha says that it is all thanks to the Ahlawat family that Meet Hooda has become a settled person.

Elsewhere, Meet Hooda sees Duggu trying to get a shuttlecock from the tree and climbs on a stool to help him get it out.

Babita tells Anubha that Meet Hooda is very careless after which they go to look for her.

They see Meet Hooda standing on a stool and demands her to get down.

Afterward, Babita berates Meet Hooda and Anubha in the living room and questions her ability at motherhood.

Meet Hooda apologizes to Babita and Anubha takes her to her room.

However, Meet Hooda's pallu gets stuck to the fence of the staircase and Babita again scolds her.

Meet Hooda apologizes and goes to her room with Anubha where she gets comforted by her.

Meet Hooda asks Anubha how to become the good mother that Babita wants her to be while Anubha emotionally tells her to just believe in her motherly instincts.