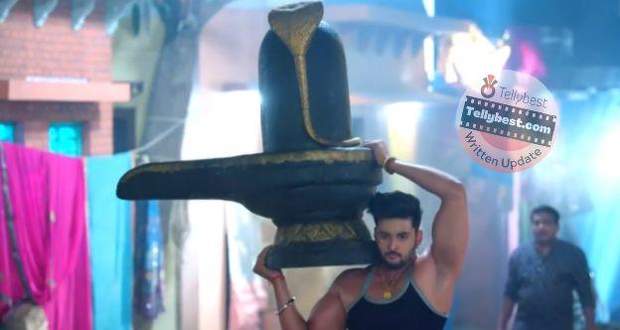 Today's Meet 23rd January 2023 episode starts with Manmeet agreeing to marry Suhag and asking her to bring her household members with the proposal.

Suhag asks Manmeet where her family members should come to as Manmeet does not have a family.

Manmeet says that Raj and Babita are his parents now and asks Suhag to come to their house the next day.

Meet asks Manmeet why he is being crazy like that to which Manmeet replies that it was Meet’s wish that he suppressed his feelings.

Manmeet says that he has decided to bury his feelings and put layers of lies on it which should give Meet relief.

Meet does not say anything else and asks Raj and Babita why they are supporting Manmeet in his madness.

Raj says that they have no problem being the family of Manmeet which leaves Meet speechless.

Suhag leaves happily after saying that her family members will visit the Ahlawats the next day as promised.

The next day, Meet protests against Raj and Babita for not stopping Manmeet from doing this crazy thing.

Babita tells Meet that she still sees Meet Ahlawat in Manmeet and thinks of him as her own son.

Manmeet appears wearing a blue kurta while Babita and Raj get a bit emotional as they see Meet Ahlawat standing in front of them.

Meet takes Manmeet to a side and tells him that she will not agree to marry him if he does things like that.

Manmeet asks Meet to ask herself once what her heart demands and says she is being jealous.

Meet gets angry as Manmeet says that every woman needs a strong husband on whom she can rely to lead their life.

Manmeet asks Meet to agree to marry him when someone knocks at the door and Raj opens it to welcome their guests.

However, everyone is shocked to see Sarkar, Jashoda, and the head daughter-in-law appearing at the door.

Sarkar says that they have come to fix the marriage after deciding to let go of the rivalry with Meet.

Babita and Raj welcome them inside while Jashoda says that Suhag is their daughter-in-law’s sister so her marriage duties lie on their shoulders.

Meet tells Manmeet that Sarkar is planning a trap but Manmeet says that he will refuse the marriage only when she will agree to marry him.

Manmeet accepts the marriage proposal and hugs Sarkar heartily after which all of them leave together.

On the way, Sarkar asks Manmeet to get down of the jeep and points a gun at him asking if he will marry both Meet and Suhag.

Manmeet cuts his finger and draws Sarkar’s tilak with his blood after which he says that he will marry Suhag only after getting his revenge from Meet.

Sarkar and Jashoda share a hug with Manmeet and say that they are proud of Manmeet as their youngest son and the young Sarkar.

Manmeet promises Sarkar that he will make Meet pay the price of getting involved with Sarkar and his family.

Further, he says that Meet will eventually agree to marry him after seeing him and Suhag together while Meet says that she does not care about whatever Manmeet does.