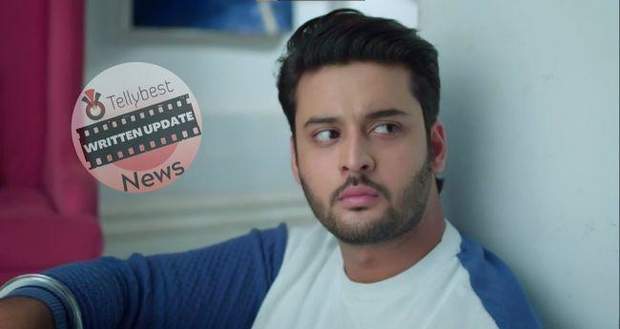 Today's Meet 23rd October 2022 episode starts with Meet Ahlawat trying to convince Amma to not take Meet Hooda with her while Amma slaps him.

Babita stands up for her son and asks Amma how dare she hit her son.

However, Amma looks at Babita and tells her that she is the one who should have taken an action when Meet Ahlawat brought Neelam and make her granddaughter the other woman.

Babita argues that they did nothing wrong by accepting Neelam as the daughter-in-law of the house since she's bearing the heir of the family and says that even Meet Ahlawat has done enough for them.

Amma tells Babita to keep her son since she will take her daughter-in-law from there where they only use her when they need her and stab her in the back when she isn't needed anymore.

Raj and Meet Ahlawat try to stop Amma while she drags Meet Hooda out of the Ahlawat house.

Meet Ahlawat recalls how Meet Hooda told him that she is ready to keep their relationship secret for the sake of Neelam and her unborn child.

Meet Hooda stops Amma telling her that she cannot leave her in-laws while Amma tries to convince her by saying that she will suffer every day there living under the shadow of her husband's second wife.

Once again, Meet Hooda manages to convince Amma by saying that she cannot leave her other relations with Raj and Babita because of Meet Ahlawat's mistake.

Amma reminds Meet Hooda that even the moon will cry seeing the unfairness happening to her on the day of the Karvachauth as Meet Ahlawat will celebrate it with his new wife.

Meet Hooda manages to convince Amma by telling her that that festival is celebrated for happiness not only for the relationship between a wife and her husband.

Amma shakily joins her hands in front of the Ahlawat family and begs them to keep her daughter-in-law happy before leaving while Babita looks down in shame.

Ragini and Sunaina hug Meet Hooda while she looks at Meet Ahlawat with relief.

Afterward, Ragini and Sunaina are decorating the plates for the Karvachauth while gossiping about who was wrong between Babita and Amma.

Just then, Babita comes there and says that she wasn't wrong while telling them to get ready for the Karvachauth.

Later, Meet Hooda helps Babita when she sees her and starts arguing with her while Meet Ahlawat comes there and calms them.

On the other hand, Barfi Devi keeps pressuring Neelam by saying that Meet Hooda and Meet Ahlawat are getting closer and closer so Laila comes out and starts doing her thing.

Afterward, Meet Hooda is on her way to bring Neelam for the pooja while Laila comes to the front and suppresses Neelam.

© Copyright tellybest.com, 2022, 2023. All Rights Reserved. Unauthorized use and/or duplication of any material from tellybest.com without written permission is strictly prohibited.
Cached Saved on: Monday 21st of November 2022 01:24:38 PMCached Disp on: Saturday 10th of December 2022 02:34:19 PM