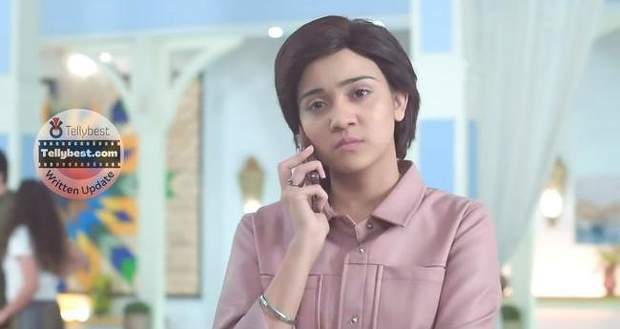 Today's Meet 24th December 2022 episode starts with the judge calling Meet Hooda and telling her to come to the front and not waste the court's time.

However, Meet Hooda tells the judge that she needs more time to collect evidence while the Judge chides her for wasting the court's time and gives her one hour.

Anurag asks Meet Hooda if everything is okay and she leaves saying that there have been changes in plans.

Further, Meet Hooda reaches the place where Pratap had called and looks for Ishani.

Meet Hooda shouts if anyone is there while Pratap comes out and threatens to kill Meet Hooda too.

She asks Pratap why he killed Neelam to which Pratap reveals that she deserved to die.

He goes into flashbacks and informs Meet Hooda about how he captured Neelam after she got out of Meet Ahlawat's car and killed her cause she had killed his child.

However, while he is busy telling his story, Meet Hooda takes out the swiss knife from her pocket and manages to open the bonnet helping Ishani escape.

Pratap tries to strangle both of them while the two girls team up and beat him up.

Pratap finally manages to kick away Ishani and is about to kill Meet Hooda when Ishani comes from behind and pushes Pratap away.

Both the girls start running away while Meet Hooda gets trapped in a rope trap and gets pulled into midair.

However, Meet Hooda tells Ishani to go to the police and inform them of everything.

Just as Pratap is climbing out of the crane, Ishani escapes from there and goes to the court.

At the court, Ishani informs both Meet Ahlawat and Anurag about the whole thing while Anurag realizes that Meet Hooda had gone to save Ishani.

Meet Ahlawat tells him that Meet Hooda is in danger and requests him to get him out of the jail and court for even just an hour.

Anurag goes to the police inspector and convinces him to let Meet Ahlawat go on the condition that he returns in an hour.

The police inspector says that Meet Ahlawat will be declared a runaway if he does not return in an hour.

On the other hand, Meet Hooda is tied to a single rope over the cliff to the crane.

Meet Ahlawat reaches the jungle while at the court everyone is worried since the one-hour deadline is coming to an end.

The judge gets angry and is about to punish the police inspector while Anurag stands up and takes the blame upon himself stating that he takes responsibility for it and requests the judge to give him more time.

After some time, the Judge tells Anurag that it is enough and tells him that even he can get jailed or get his license revoked for disrupting the court harmony.

© Copyright tellybest.com, 2022, 2023. All Rights Reserved. Unauthorized use and/or duplication of any material from tellybest.com without written permission is strictly prohibited.
Cached Saved on: Thursday 26th of January 2023 07:38:14 AMCached Disp on: Wednesday 1st of February 2023 06:31:31 PM