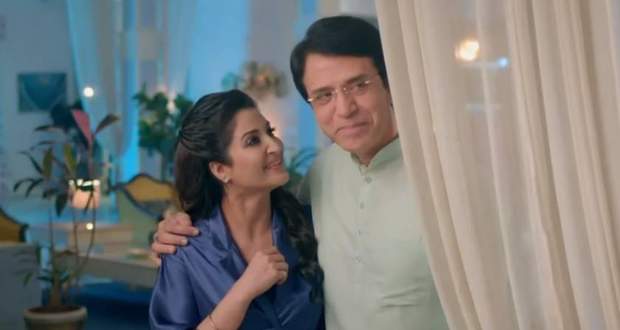 Furthermore, Meet Hooda proudly states that she is the daughter of the late police officer Ashok Hooda and how she had gained proficiency and vitality from her father.

Henceforth, Hawa Singh seems to be stunned learning the truth, he acts like he respects Ashok Hooda.

Later, Ashok Hooda says Meet Hooda is like his daughter and agrees to free everyone else.

Meanwhile, Meet Hooda and Meet Ahlawat surprises Anubha and prompt her to launch an art and crafts business so that she can become independent.

At the same time, Anubha assures that she’d become a successful businesswoman and say that Ashok Hooda would have been proud of his steadfast daughter.

On the other hand, Sunaina and Tej video calls Meet Hooda and greets everyone ever so sweetly.

Sunaina gets fretted about him and injects him with the necessary medical drug, he then mellows down.

Later, in the serene and peaceful night, Meet Ahlawat and Meet Hoods admire Ashok Hooda for his attainments and principles.

Meet Ahlawat also jokes that it would have been hard to tame his wife if her father were alive, they enjoy their time showering their love for each other and running in the garden.

Meanwhile, all the family members witness their playfulness.

At the same time, Babita notices that the holy thread from Sunaina’s arm is missing and chides her for being neglectful.

However, everyone starts searching the thread but when the power goes off the flashlights flashes upon Tej, he again gets an episode from his past and losses consciousness.