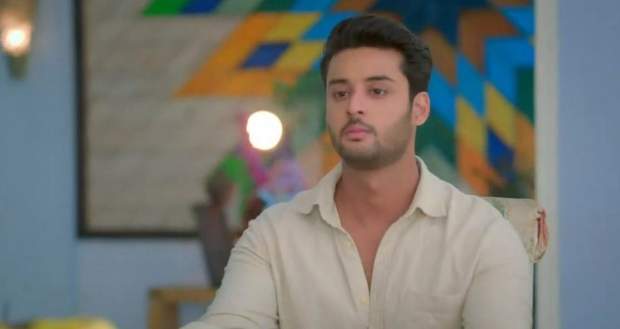 Today's Meet 24th May 2022 episode starts with Raj stating that Meet Ahlawat doesn't love Meet Hooda till now nor has she been accepted into the family.

Babita tries to object but Raj stops her and says that she never praised Meet Hooda and only taunted her.

Raj reveals that the previous day, he talked to Meet Hooda while Meet Ahlawat misunderstands and says that she was complaining about the family.

Further, Raj goes to Masoom and scolds her for actively trying to kick Meet Hooda out of the house.

Raj stares at Meet Hooda and she starts acting badly by reciting dialogues from movies.

Raj whispers to her to act more realistically after which she says that she accepts Raj's condition as she respects him a lot.

Sitting on the couch, Raj tells the family that Meet Hooda will stay in the house as his daughter and gives all of her responsibilities to Masoom.

Looking at Meet Ahlawat, Raj tells him to move out of the room and leaves with Meet Hooda while smiling internally.

Later, Meet Ahlawat is angrily throwing the ball in his room while Tej comes there and tries to get him to talk to Meet Hooda.

However, being blinded by his anger, he refuses saying that Meet Hooda is the one who should talk to him.

On the other side of the house, Meet Hooda and Raj are talking about their plan saying that they hope the family realizes her worth.

Meanwhile, Meet Ahlawat's button breaks and he shouts to Ragini for help but she brings in Meet Hooda to do it and leaves.

Meet Ahlawat grins thinking that Meet Hooda will have to come closer to him.

However, Meet Hooda tells him that she will teach him how to do it for future use and makes him remove his shirt.

Further, Meet Hooda teaches him how to stitch the button onto the shirt while he accidentally pricks his finger.

At last, Meet Hooda asks him he learned while he replies that it is not easy for him to mend broken things.