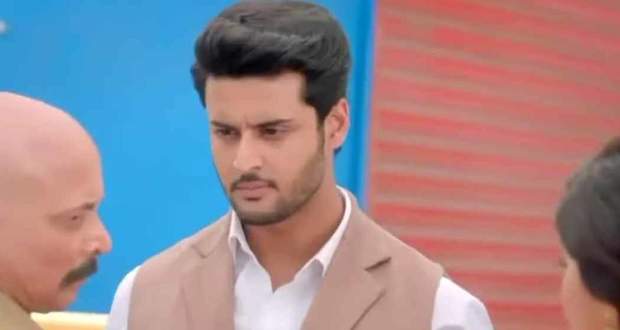 Today's Meet Serial 25th February 2022 episode starts with devastated Meet Ahlawat shedding tears and feeling sad for Tej and saying he will find out a way to free him from all the pain and suffering.

Later, in the morning Meet Hooda wakes up Meet Ahlawat, he says that from now on he will never leave Tej alone and ties himself with a cloth to keep them together.

At the same time, Tej wakes up in a cheerful mood and greets Meet Hooda and Meet Ahlawat.

However, Meet Ahlawat tries to protect Tej but he gets hit by a ball.

Later, he gets into a fight with the child’s parent and defends Tej. Meet Hooda talks some sense into Meet Ahlawat about how Tej would feel suffocated if he’s always tied to someone.

On the other hand, Meet Ahlawat says he’s doing the best he could do to protect Tej but Meet Hooda outtalks him and says Tej would drastically get away from the outside world and isolate himself alone.

Furthermore, Meet Ahlawat misses  the old Tej who was passionate about photography and madly in love with adventure and expedition.

Both of them consults a therapist and contemplates shock treatment and other therapy related to it. Meet Hooda agrees to take full responsibility and decides to keep it a secret for now.

Elsewhere, Anubha and Dadi visits Ahlawat's house to invite them to her business inauguration. Tej again sees Ashok's portrait that Anubha has brought with her to frame it and he gets a clear picture from his past.