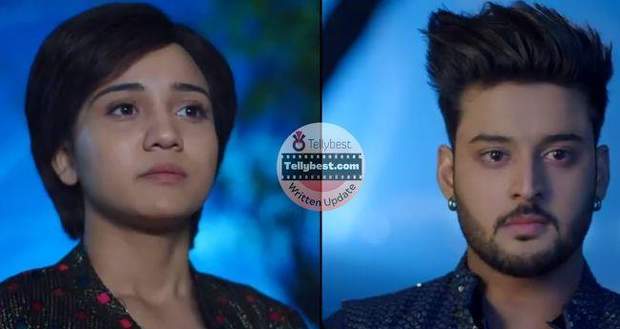 Today's Meet 25th January 2023 episode starts with Manmeet and Shagun getting engaged when Shagun murmurs in Manmeet’s ear that Meet is stone-hearted and will never be attracted to him.

A drunken man goes to Babita and asks to take a selfie with her which makes Meet go to him and thrash him.

The dance performance starts and the drunken man starts dancing with the dancer while Sarkar and Jasodha enjoy the performance but Raj, Meet and Babita feel uncomfortable because of it and decide to leave.

However, Manmeet stands in the way of the entrance and starts dancing preventing them to go outside.

Manmeet constantly drinks while dancing and sings how Meet rejected the advances he made for her love.

He then goes and holds Meet and pulls her closer but Meet pushes him back and Manmeet falls on Sarkar.

Meet yells at Manmeet that his cheap tricks won't make her fall in love with him and also not a single girl on the planet appreciates this kind of behavior.

Meet then takes Raj and Babita and leaves the function which worries Sarkar.

Sarkar says to Manmeet that he got engaged and yet Meet did not care at all to which Manmeet replies that slowly and steadily he will win over Meet’s heart and give her such a wound that nothing will fix her broken heart.

Molki asks Shagun why Sarkaar wants to marry Meet to Manmeet to which Shagun replies that Meet is like an animal who is about to get sacrificed.

Molki thinks to herself that as long as she is alive, she will not let anyone else come into her husband’s life.

Molki then goes to Sarkar’s room and gets the bottle of poison from there thinking that how she will use the bottle for her use.

Molki mixes that poison in some beetle leaves and gives it to Meet, Raj, and Babita after which they leave.

After a while, Meet falls to the ground and gets unconscious.

Manmeet and Sarkar watch Meet unconscious on the ground and get happy as it was their plan to exchange the poison bottle with anaesthesia so that after eating the beetle leaves, Meet gets unconscious.

Sarkar feels proud that his prediction about Molki’s intentions was true.

Manmeet tells Sarkar that no matter how hard women try to look tough, from inside they are like candles of wax and Manmeet will use this against Meet.

Sarkar and Manmeet then pick Meet up and dress her in bridal attire and takes her to a Mandap.

Narendra sits next to the unconscious Meet as a setup of the ploy they created.

When Meet starts gaining consciousness she finds herself surrounded by Jasodha, Sarkar, and Narendra in bridal attire.

Meet immediately gets up angrily and starts yelling at Sarkar and Jasodha.

Manmeet says that he will not see this injustice happening right in front of his eyes and starts pretending to fight with Sarkar’s goons.

Manmeet asks Meet to leave because he does not want to break her dead husband’s dream by letting any harm come to Meet.

© Copyright tellybest.com, 2022, 2023. All Rights Reserved. Unauthorized use and/or duplication of any material from tellybest.com without written permission is strictly prohibited.
Cached Saved on: Wednesday 25th of January 2023 11:58:54 PMCached Disp on: Wednesday 1st of February 2023 06:40:35 PM