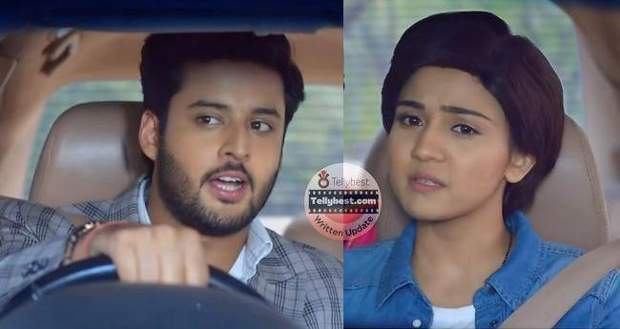 Today's Meet 28th December 2022 episode starts with the terrorists forcing the hostages into submission once again with their gun power.

Meanwhile, the police find the ball that Meet Hooda had thrown with the Terrorist written on it and realize that the terrorists are inside the hospital only.

The police officer orders them to clear the hospital area while one terrorist who is keeping an eye on him goes and informs the chief about it.

The chief terrorist gets angry as he tells his teammates to pull out their weapons and get ready for attack.

He further takes out Meet Hooda tied up and tells the police to not take any action towards them or he and his team will fill the hospital with dead bodies.

As the goon takes Meet Hooda inside, Meet Ahlawat comes there and gets shocked to see his wife and tries to get in.

However, the police officers stop him and inform him that the hospital is held hostage by the terrorists.

Meanwhile, inside the hospital, the Commander keeps on wailing in pain due to the injury while No.2 and No.3 take everyone's phones.

A girl hides her phone from them while the Chief tells No.2 and No.3 to go and look for a doctor.

On the outside, the police officer calls for backup while the news reporters come there and show the news about the terrorists.

Meet Ahlawat gets a call from Raj while he lies to him that they are on their way and disconnects the call.

Meanwhile, inside the hospital, the Chief demands to know who informed the police when he sees the pregnant lady and points the gun at her.

Meet Hooda calms the pregnant lady while telling the Chief that she is not in a condition to do such a thing.

The Chief's eyes dart toward Meet Hooda and he agrees as he points the gun toward her and asks her if she is the one who did it.

However, before Meet Hooda can do anything, No.2 comes there and informs the Chief that he brought both the surgeon and the patient he was operating on.

The surgeon tells the Chief that the surgery of the lady who has consumed poison needs to be done first as she is in critical condition.

As an answer, the Chief shoots the girl and kills her after which the surgeon takes the Commander to the OT.

Meanwhile, the Chief takes the body outside and tells the police officer through the microphone that he will kill more people if the police or anyone else tries to enter the hospital.

He again goes inside and threatens the hostages to reveal who informed the police about them.

Back outside, Meet Ahlawat overhears the police talking about the secret tunnel through which they can enter the hospital.

Inside the hospital, when the Chief manhandles the kid, Meet Hooda stands up and reveals that she is the one who had informed the police.

No.3 drags her to the Chief while the Chief tells her to get ready to die as he points the gun towards her forehead.

© Copyright tellybest.com, 2022, 2023. All Rights Reserved. Unauthorized use and/or duplication of any material from tellybest.com without written permission is strictly prohibited.
Cached Saved on: Wednesday 25th of January 2023 11:18:36 AMCached Disp on: Sunday 5th of February 2023 03:47:23 AM