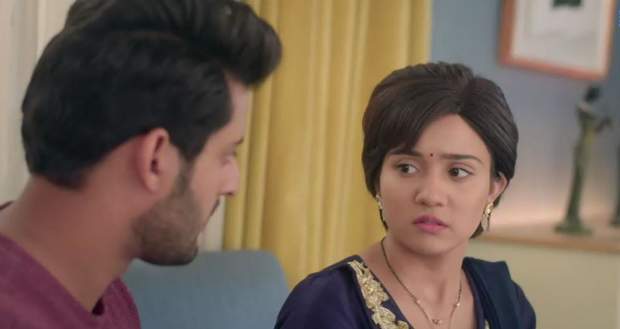 Today's Meet Serial 28th February 2022 episode starts with Babita fainting on the road midst her scoldings. Meet Ahlawat and Meet Hooda carry her to the car.

Meanwhile, Tej gets out of the car and starts drawing. His driver accompanies him until he gets a call and strolls away.

At the same time, Tej's drawings scatter around in the air. Tej tries to gather all his drawings but gets stuck between vehicles and gets a glimpse of his past.

In which, Hawa Singh grabs Ashok Hooda's gun pointing it towards him. He sees a man’s wrist with a bracelet shooting Ashok Hooda. Tej gets chased by the goons and Hawa Singh.

Elsewhere, Tej's driver informs Meet Ahlawat and Meet Hooda that he had lost track of Tej.

Meet Hooda assures Meet Ahlawat that she will find Tej and sends him to take care of Babita.

Later, Meet Hooda makes a phone call and asks to find the person in the photo she had sent as soon as possible. She gets a call within minutes updating her about Tej's whereabouts.

Furthermore, Tej approaches a guy dressed as a police constable educating the public about traffic rules. He tries to tell him about the murder he witnessed in the forest but the actor flunks to understand him.

At the same time, Meet Hooda shows up to the scene and tries to calm Tej but he cries out loud and faints.

Meanwhile, the doctor concedes Babita's low BP and says she is out of danger. She shrieks out crying Tej's name and warns Meet Ahlawat to stop calling her his mother if anything happens to Tej.

However, Tej’s body ceases to respond. Meet Ahlawat wails out loud and begs him to wake up.

On the other hand, Babita starts praying for Tej's recovery. Tej starts responding and his condition slowly gets better. Meet Ahlawat informs about Tej's recovery.

Furthermore, Meet Hoods decides to meet the actor with whom Tej interacted before fainting.