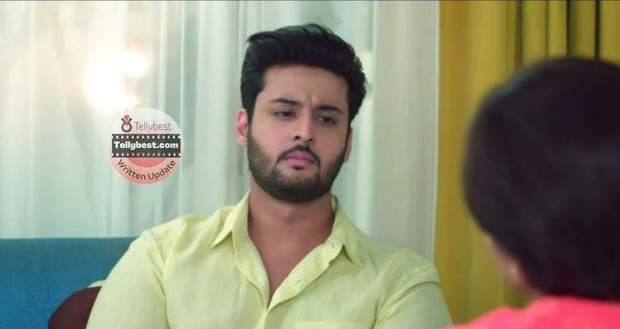 Today's Meet 28th November 2022 episode starts with Meet Hooda telling Neelam that the medical waste has arrived and she will go check it.

Further, Meet Hooda bumps into Ishani intentionally and asks her about the medical waste being delivered.

As per the plan, Ishani acts ignorant and tells Meet Hooda that she threw away the medical waste thinking that it was not important.

Later, Meet Hooda acts as if she's going through the garbage while thinking that the hidden cameras will capture everything.

However, when Neelam does not arrive there, Meet Hooda thinks that she needs to get inside the garbage container to lure Neelam there.

Back inside the Ahlawat mansion, Ram goes to Ishani's room and tries to sugarcoat his words and convince her to reveal the name of his father.

However, Ishani tells Ram that she is not interested in talking about that and tells him to leave.

On the other hand, Meet is thinking about why Neelam is not there yet when someone suddenly closes the lid of the garbage container.

Further, Laila appears as she takes a concrete brick and puts it on top of the garbage container to prevent Meet Hooda from coming out.

Laila laughs as she says that people think her trigger point is seeing Meet Hooda and Meet Ahlawat together.

However, Laila has become more powerful and can come out at any time she wants.

Laila further sprinkles the garbage container and the garbage around it in the fuel while saying that Neelam and Laila have become one as a mirror and can become anything she wants to be.

Meet Hooda sees Neelam through her digital watch and tries to get out while Neelam lights the garbage on fire as she removes her contact lenses and says that Meet Hooda's life will end without knowing the truth behind her split personality disorder.

On the other hand, Ishani sees the clock and rushes to the municipal garbage collecting area as instructed by Meet Hooda.

However, as Ishani tries to locate Meet Hooda's shouts, Neelam comes from behind her and hits her on the head with a wooden stick saying that she does not like anyone ruining her game.

Meet Hooda shouts for help while Meet Ahlawat feels as if she is in danger and starts trying to get out of bed.

Laila hides Ishani's unconscious body after which she leaves thinking that she has to start her innocent Neelam drama.

Meet Ahlawat arrives there and starts shouting for Meet Hooda while she also responds by her screaming his name.

He sees the fuel can and realizes that Meet Hooda is locked inside the garbage container.

However, before he can do anything, the poison in his body starts taking over as he falls to the ground and withers in pain.

© Copyright tellybest.com, 2022, 2023. All Rights Reserved. Unauthorized use and/or duplication of any material from tellybest.com without written permission is strictly prohibited.
Cached Saved on: Wednesday 25th of January 2023 04:05:52 PMCached Disp on: Sunday 5th of February 2023 04:22:18 AM