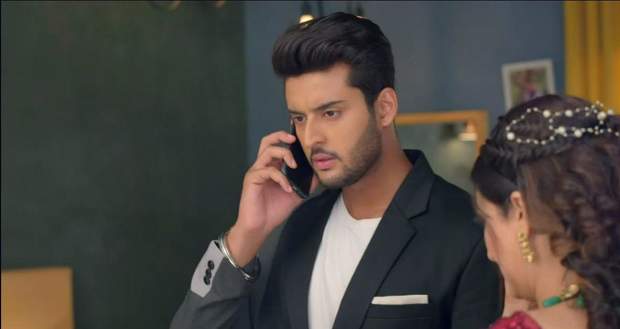 Later, Abhay and Shantanu come to the Ahlawat house and create drama saying that they have been betrayed.

Abhay says that the marriage cannot happen anymore and is leaving when suddenly Babita grabs Abhay's hand and begs him to not break the marriage.

Babita cries saying that the Ahlawat family's reputation is in his hands.

Abhay also fake cries and says that he is okay with the marriage only for his sister.

Meet Ahlawat smells the stain he got while fighting with Deep and realizes that it was apple juice and not alcohol.

Ragini says that she is indebted to Abhay for accepting Isha when Raj suddenly stops her.

Raj questions what would happen if Isha cannot forget Deep and feels trapped in the marriage.

Babita tells Meet Ahlawat that it is all Meet Hooda's fault while he thinks that Meet Hooda and Isha have planned everything.

Meet Ahlawat tells his father that he feels they should give Isha and Shantanu's marriage another chance.

Retelling his past with Manushree and his marriage with Meet Hooda, he urges Abhay that they should give a second chance to Isha and Shantanu's marriage.

Further, Meet Ahlawat goes to Shantanu and questions him if will still accept Isha after knowing her truth.

Shantanu tells Meet Ahlawat that he doesn't care about Isha's past as he has already fallen in love with her and is willing to accept her wholeheartedly.

Babita, Ragini, and others are emotional thinking that Shantanu is the perfect partner for Isha as he says that he will return the next day for the wedding.