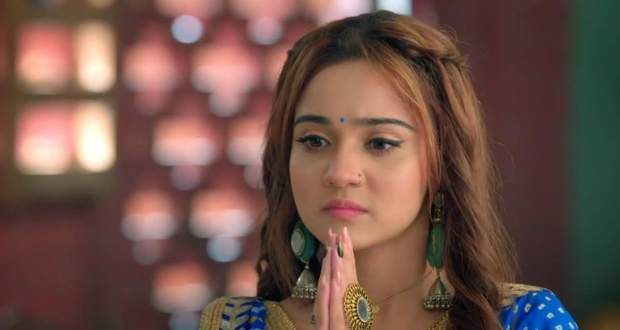 Today's Meet 29th July 2022 episode starts with Manjari entering Anubha’s house while Meet Ahlawat and Hoshiyar keeps an eye on her and Meet Ahlawat is sure that she is Meet Hooda.

However, Hoshiyar thinks she might have come here to meet Manushi but Meet Ahlawat denies.

His predictions turn out to be wrong when Manjari rings the bell.

Manushi is surprised to see her at this time but welcomes her and tells her,  she was thinking about calling her as well.

Further, she tells Manjari that she is going to help and support her decision of finding a kid for Popat.

Manushi tells Manjari it's late, so she will drop her. However, Manjari puts up an act of getting hiccups which can be only cured by a ‘Kadha’ and requests Manushi to make it for her.

Whereas, Isha is extremely happy to get married to Deep and how her life is seeming just like a fairytale.

Hoshiyar tries to make Meet Ahlawat understand that Manjari is not Meet Hooda and it's better to inform his father about her reality.

Meet Ahlawat pledges to safeguard his family from getting hurt by Manjari’s actions.

Ragini and Ram discuss how they should focus on Isha’s happiness right now and nothing else.

At the Hooda house, while Manushi prepares Kadha for Manjari, she escapes into Anubha’s room.

She pours her heart out while Anubha is sleeping and touches her feet which makes Anubha feel Meet Hooda’s presence.

She then eats the Kheer made by her and expresses how it’s exactly the same as she likes it.

Manushi finds the Kheer missing which Anubha made for her daughter and doubts if Manjari is Meet Hooda or not.

Manushi searches for Manjari and finds the bowl near the servant who is enjoying music.

Manjari saw Manushi coming for her and thus, quickly escapes from Anubha’s room and puts some Kheer on the servant’s clothes, making Manushi believe that it was him who ate it.

Manjari tells Manushi to calm down and takes a leave from the Hooda’s.

Later, Ram and Ragini plan to steal the statue which Barfi Devi demanded and follows the plan.

Manjari is back at Ahlawat House and witnesses Ram and Ragini holding the statue and wonders what are they doing with it.