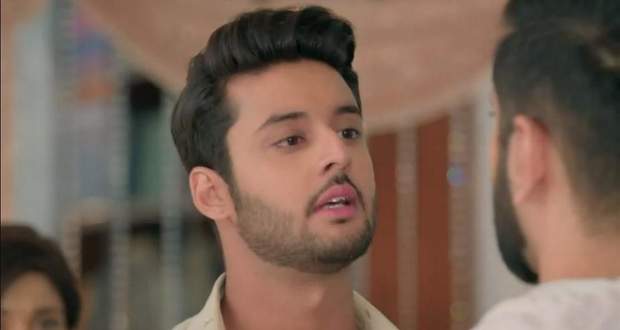 Today's Meet 2nd May 2022 episode starts with Meet Hooda going to Latika’s house and requesting her to expose Shantanu.

However, Latika says that she doesn't want to get into this matter and says that her fiancee might be there anytime.

Just then, Kapil comes there and greets Meet Hooda while revealing that he is Latika's fiancee.

Meet is about to leave when Latika stops her and says that she's ready to help her.

Further, Latika calls Shantanu and says that she is going to commit suicide and wrote his name on the suicide note.

Shantanu gets worried and asks for her location while Latika informs him that she has also called Hooda at the location.

Back at the Ahlawat mansion, Babita starts hyperventilating while Ragini tries to calm her and calls the doctors.

Meet Ahlawat cracks open the door a little bit and feels relieved seeing the Meet Hooda’s pallu on the chair.

Back at the Ahlawat mansion, the doctor tells the family that Babita should not be given stress and be rested.

Shantanu and Meet Hooda in a fight

Shantanu reaches the edge of a cliff to see many people standing there and asks them what is happening.

A man tells Shantanu that a girl jumped from the cliff.

Shantanu searches for the suicide note but doesn't find it while Meet Hooda shouts for him with the note in her hands.

Shantanu confesses his crimes and tries to kill Meet

Shantanu tears the note as he grabs Meet Hooda by her neck.

He confesses how he managed to get out of every situation and pushes Meet Hooda towards the cliff saying that she will suffer the same fate as Latika.

Elsewhere, Meet Ahlawat feels that Meet Hooda is in danger and goes to check up on her.

Meet Ahlawat doesn't find Meet Hooda in the room after which he tracks her location and reaches the cliff.

Meet Hooda screams for Meet Ahlawat telling him that she is hanging by the branch of a tree at the cliff.

Back at the Ahlawat house, Abhay reaches the house with Shantanu for marriage and is greeted by the family while Babita thinks that everyone is happy because of Meet Hooda’s absence.

Meet Ahlawat ties a rope to the car and sends the other end to Meet Hooda after which he manages to save Meet Hooda.