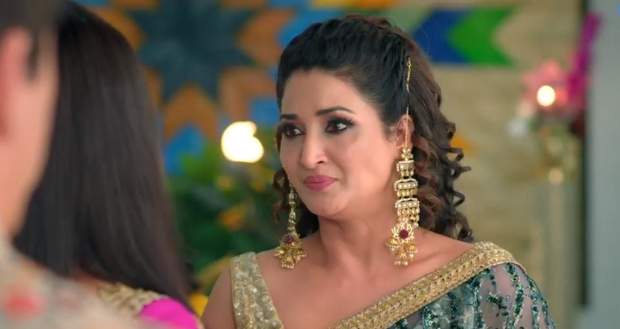 Meanwhile, Meet Ahlawat is seen accepting a challenge against the fighter Bablu in an underground fighting ring.

However, Meet Ahlawat recalls the incident with Meet Hooda and gets beaten up by not saving himself from Bablu's attacks.

Elsewhere, Meet Hooda is trying to distract herself when Duggu comes there and informs her about Meet Ahlawat getting beaten up.

Later, Meet Hooda argues with the underground ring and goes to Meet Ahlawat who is lying on the floor after losing the fight.

Meet Hooda tries to get Meet Ahlawat to come home with him but he refuses and again starts fighting.

However, he once again falls and later cries into Meet Hooda's lap.

At the same time, Tej waits for Ram and Lakhan to return from school while Sunaina comes there and informs him that the kids are hiding out in the garden out of embarrassment for failing.

Further, Sunaina and Tej get into an argument which leads to her telling him that it is him who is incompetent leading to them not having any kids of their own.

In anger, Tej raises his hand but Sunaina stops it midway and states that he is a failure even in accepting the truth.

Elsewhere, Meet Hooda tends to Meet Ahlawat's wounds while assuring him that the incident was not his fault.

However, Meet Ahlawat still blames himself which concerns Meet Hooda.

In the end, Meet Hooda distracts him by talking about whether they will have a baby boy or a baby girl.

Meet Ahlawat imagines taking care of Meet Hooda and the baby after which the couple imagines the pillow as the baby.

After a few months, Babita and Ragini prepare for the Pooja by Guruji while they get happy seeing Isha happy.

They remind her to invite Deep for the Pooja and give him credit for lifting Isha's dull mood to happiness.

Elsewhere, the police constable finds out that Shantanu has escaped from the mental asylum and thinks to inform Meet Hooda about it.