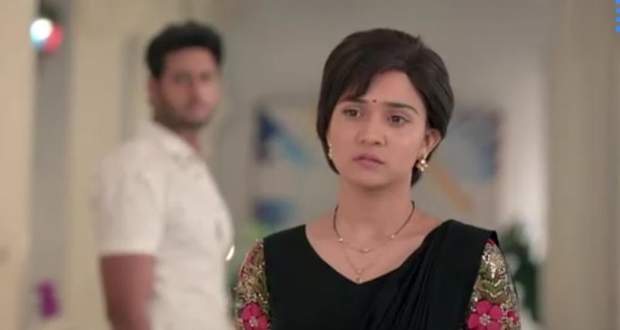 Today's Meet Serial 4th March 2022 episode starts with Meet Hooda visiting Anubha and her Dadi to help them with their business.

There she gets a glimpse of Ashok Hooda’s portrait and asks Anubha about their last conversation.

Hence, Anubha rekindles her memory about Ashok Hooda and gets overwhelmed.

However, Ashok Hooda was sitting in the car listening to the missing person's complaint.

At the same time, Anubha feels ravaged recollecting the past and cries out hugging Meet Hooda.

Later, Meet Hooda visits Ashok Hooda's memorial and recalls her time spent with him. He was devoted to his work and at the same time responsible and protective of his family.

Meanwhile, Duggu says that he will ask Sunaina or Meet Hooda for the pasta. Masoom gets an idea of proposing Duggu for adoption. But Hoshiyar disagrees to let go of his only son.

On the other hand, Meet Hooda receives information about Hawa Singh, that he was responsible for closing Tej's missing case stating it was a feud between husband and wife.

Later, she grabs a board and fills it with notes related to Ashok Hooda's murder and Tej's missing case. She tries to connect the dots regarding both cases.

On the other hand, Meet Ahlawat enters the room. Meet Hooda shows him the board and explains to him everything regarding the case.

Furthermore, Meet Ahlawat supports her and asks how he can be of help to her.

Later, Meet Hooda and Meet Ahlawat come up with the plan for the party to invite people who helped Tej, like the police and doctors.

Elsewhere, Meet Hooda and Meet Ahlawat visit Hawa Singh to invite him to the party. She persuades him and hands him the invitation card for the party.