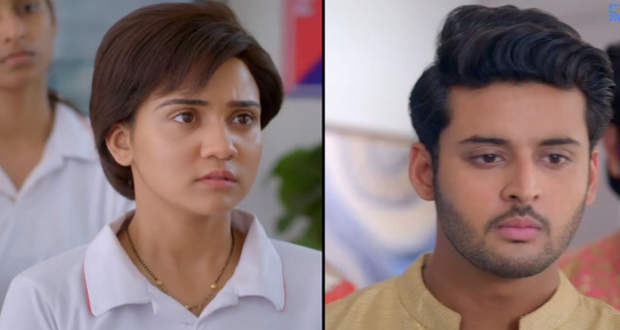 Today's Meet 5th April 2022 episode starts with the instructor selecting Meet Hooda as his assistant as a reward but Meet feels stuck as she won’t be able to ask for leave.

Twisting her foot to the side, Meet fools the instructor for getting the half-day leave.

On the other hand, Babita requests her brother Abhay Rana to save Meet Ahlawat who in return assures Babita that his intelligence team will soon find out the truth.

Rajvardhan interrupts Abhay asking him why did he put his career at stake to which Abhay replies that he has gotten a chance at mending his relations with his family once again, which he won’t let go.

Meanwhile, Meet Hooda meets Tej outside the academy who explains the entire situation to her.

Tej takes Meet to the route that the medicine delivery truck follows.

On enquiring the locals, Meet gets to know that the medicines were replaced at that place only.

Thereafter, Meet searches the place along with Tej.

Furthermore, fifteen minutes prior to the given time, the police arrive at the Ahlawat house.

The police inform Ahlawats that Meet Ahlawat has been proved innocent when Babita cries to the police to not arrest her son.

Assuming that Abhay has saved her son from getting arrested, Babita thanks him but he states that he has not done anything.

At the same time, Meet Hooda and Tej enter the house and the inspector tells the family that the two have proved Meet Ahlawat’s innocence.

Thereafter, Meet Hooda explains how Tej and she found the consignment of original medicines in the pond which they submitted to the police.