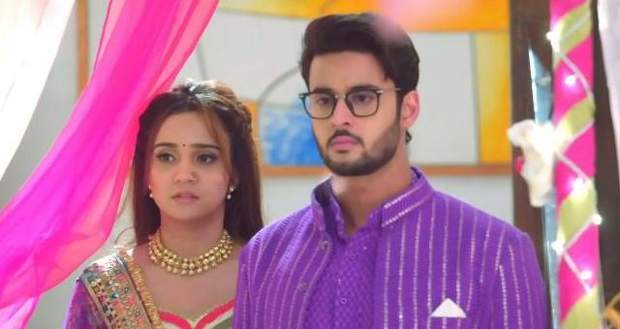 Today's Meet 5th August 2022 episode starts with Meet Ahlawat explaining how Ram and Ragini are making a deal with Brafi Devi like this to get Isha married off.

Ragini says that it’s selfish of him to think about right and wrong and not Isha’s happiness. Had it been Masoom, he would have done everything to cover up for her.

Babita is shocked to hear all this and tells Ragini that nobody has ever considered Isha less than Masoom.

Ragini blackmails Babita that she would break all her ties with them if they don't agree to Barfi Devi's demands.

Barfi Devi enjoys this family drama and wishes to throw Manjari out of the house.

She pretends to be a nice mother and tells Deep to get married to Isha as she is touched to see so much respect for his mother in her son’s eyes.

Barfi Devi blames it all on Manjari and says how she is responsible for all the drama caused.

Babita and Meet Ahlawat defends Manjari by saying that her intentions were never wrong.

Ram confesses that giving all those presents to Isha is his way of showering love. He also feels that Barfi Devi has been humiliated for no reason.

Masoom tries to make Meet Ahlawat understand that as of now Isha’s happiness should be their only priority.

Barfi Devi refuses to let Manjari be a part of the wedding.

Babita stops her but Ragini fights back and tells her if her love for Isha is real, she should not stop her.

Ragini rages out and tells Manjari that Barfi Devi was right when she called her as “rented daughter-in-law” and how she misused it.

She tells Manjari to never return back and pushes her out.

Popat comes and saves Manjari from getting hurt while Ragini shuts the door on her face. She expresses her disappointments with the family.

Ram requests everyone to proceed with the rituals and Barfi Devi rejoices after seeing Manjari out of the house.

Manushi agrees to Popat and tells Manjari how stupid she is to reveal the truth about Isha’s wedding and cancels the deal.

Manjari breaks down and cries about her actions.

Barfi Devi keeps another demand which shakes the Ahlawat’s when she asks them to legally hand over the house to her for Isha’s well-being.

Ram tells her how it’s not possible as it’s not their house but Raj’s.

Barfi Devi cleverly traps everyone to first hand over her mansion and only then marriage will take place, leaving everyone furious and shocked.

© Copyright tellybest.com, 2022, 2023. All Rights Reserved. Unauthorized use and/or duplication of any material from tellybest.com without written permission is strictly prohibited.
Cached Saved on: Monday 21st of November 2022 06:47:56 AMCached Disp on: Saturday 3rd of December 2022 03:24:57 PM