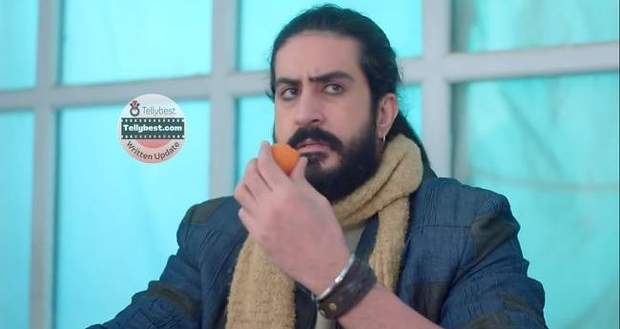 Today's Meet 5th January 2023 episode starts with Meet Hooda and Meet Ahlawat hugging each other while she scolds him for coming there.

He tells her to not be a typical wife and scolds her while she cries and shows him her broken Mangalsutra and her empty hairline.

Meet Ahlawat makes her sit and tells her that they are connected through their souls and do not need these things to show their love for each other.

At the same time, Raj sees the video of Meet Hooda on the news channel and gets worried when Babita comes there.

Raj turns off the TV immediately and distracts her by saying that he wants her special tea.

Raj thinks to hide the TV remote at any cost while Ram comes there and reveals that the video of Meet Hooda has gone viral.

Ram suggests telling the truth while Raj refuses stating that he trusts his son to accomplish the mission.

Back at the hospital, the Chief sends his goons to check on the ward guy and see if he is not doing anything unusual.

Meanwhile, Meet Ahlawat pulls out explosives and the hospital map from his map as he gives it to Meet Hooda and tells her their plan.

Meet Ahlawat tells her that they have to break the thin walls of the hospital to help the captives escape from there.

Just then, the terrorist lady comes there and shouts at Meet Ahlawat to come out.

He apologizes to Meet Hooda and leaves while Meet Hooda starts going through the map.

On the other hand, the Chief gets angry at the doctor since the Commander still hasn't woken up while Meet Ahlawat interrupts him and says that they should pray for the Commander.

Meet Hooda looks on from afar while Meet Ahlawat tells the Chief that he will talk to all the hostages and will convince them to pray for the Commander too.

Meet Ahlawat gives all the hostages metal utensils and tells them to pray for the Commander while Meet Hooda goes to room 4A where the wall is thin.

Chanda does not oblige with Meet Ahlawat while he whispers to her that they should make enough noise that the terrorists cannot hear Meet Hooda breaking the wall.

Chanda gets happy as she realizes that Meet Hooda is alive and starts banging the utensils loudly.

However, the Chief notices Meet Ahlawat going and sends another terrorist after him.

Meet Hooda gets shocked to see Meet Ahlawat when he tells her that he brought tools for her.

Just then, the terrorist comes forward and points his gun at them while ordering Meet Hooda to tie the four hostages who were helping them.

Afterward, Meet Hooda and Meet Ahlawat tie their own hands while the terrorist laughs saying that he will get the reward once he takes them to the Chief.

However, while on their way to the main hall, Meet Ahlawat halts the terrorist by doing drama and hits him with the decorative piece.

To download Meet in love serial all episodes or watch the Meet today full episode (5 January 2023) online, go to zee5.com