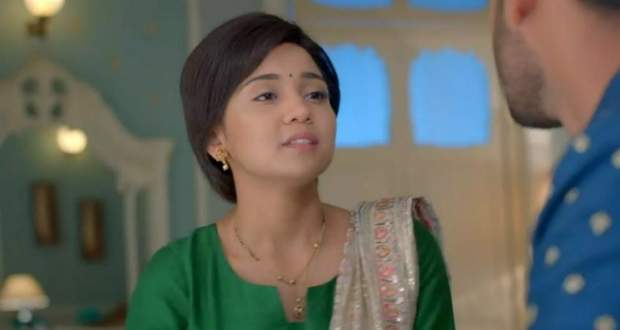 Today's Meet 5th May 2022 episode starts with Raj coming to Meet Ahlawat's room to inform him that Babita's health has improved and sees Meet collecting all the bank books.

Meet Ahlawat tells Raj that he will return all the money Abhay has spent on the marriage and will bring back Isha.

However, Raj makes him sit and explains to him that they have to think of a plan and take action legally.

Meanwhile, Inspector Hawa Singh tells Meet Hooda that she lives with her father's killer in his drunken state before passing out.

Just then, the constables come and take him away while Meet Hooda wonders who could be Ashok's killer from the Ahlawat's.

Raj comes there and calms Meet Hooda thinking that she is worried about Isha.

Raj informs her that he has made a list of advocates to contact while Ragini comes there and tells him that Babita is looking for him.

Meanwhile, at the Rana mansion, Santanu mocks Isha as she refuses to enter their house.

Abhay goes to Isha and shows her the Pendrive while warning her that Ram will be hanged if this video is leaked.

Isha feels helpless and goes inside but suddenly she takes a hold of the Pendrive and tries to escape.

Feeling angered by Isha's attempt to expose them, Shantanu drags Isha inside and throws her to the ground injuring her hand.

Abhay fake scolds Shantanu and says that he has 10 more copies of the Pendrive while sending Isha to her room.

Back at the Ahlawat house, Meet Ahlawat tells Meet Hooda that he is going to Babita’s room for the night to talk to her and take care of her as she's sick.

At the same time, Abhay sits with Shantanu for a drink and tells him how he showed the video of Ram shooting Ashok to blackmail Isha into agreeing to the marriage.

Abhay further reveals that he is the one who shot Ashok and not Ram but he has been manipulating Ram into thinking thay his bullet killed Ashok.

Meanwhile, Meet Hooda sneaks into the Rana house and gets alert hearing Isha’s shouts who is being scared by Shantanu.