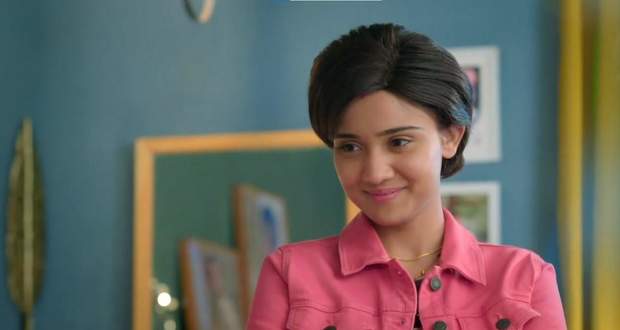 Today's Meet 6th June 2022 episode starts with Shantanu starting the Pooja while the whole Ahlawat family rejoices unknown to the fact that Paramji is Shantanu.

Afterward, a goon tells Meet Hooda to go around the holy places in the house and do Haldi Tilak, especially the places containing water in large amounts.

Just then, Deep comes there and Isha smiles at him which makes Shantanu's mood sour.

Shantanu makes Deep step on a burning piece of wood and injures him after which he convinces them to not let Deep sit in the pooja saying that it is inauspicious.

Meet Hooda starts going around the house doing the Haldi tilak when suddenly the power goes out.

Shantanu thinks that the power has tripped because of Meet Hooda getting electrocuted and smiles in satisfaction.

However, Meet Hooda comes there just then and informs them that she turned off the power as she saw an open circuit.

Meet Ahlawat gets angry and starts shouting at the servants while Meet Hooda calms him.

Later, Shantanu starts smoking cigarettes and throws away the cigarette butt through the window.

Meanwhile, Meet Hooda, who is walking in the garden, notices the cigarette butt and goes to Paramji's room to investigate.

She bumps into Babita and tells her everything after which they go to Paramji's room to investigate.

Meet Hooda and Babita see Raj and an electrician there upon reaching the room.

Back in her room, Meet Hooda sees Meet Ahlawat covering every sharp edge in the room and gets amused.

She calms Meet Ahlawat and tells him that five months of her pregnancy have already passed and to enjoy the remaining month by making memories.

Meet Ahlawat tries to justify himself while accidentally miswording a sentence saying that Meet Hooda is different from the normal mothers.

He apologizes to Meet Hooda and tells her that he is just concerned for her.

Elsewhere, Babita tells Paramji (Shantanu) to bless Meet Hooda to become calm and motherly until she gives birth to the baby.