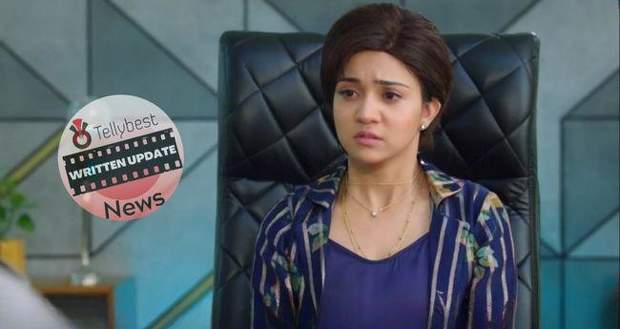 Today's Meet 8th September 2022 episode starts with Meet Ahlawat and Meet Hooda returning home while Barfi Devi tells Neelam that her husband might have returned from the court.

Meanwhile, Hoshiyar tells both Meets that he is disappointed to see them apart and talking about divorce.

Flashback shows, Magistrate Gupta meeting Meet Hooda and Meet Ahlawat just after the meeting and asking them for papers.

Magistrate Gupta rejects the divorce appeal and informs them that they should try to resolve the issue and can come back for divorce after six months.

Meet Ahlawat asks how and Gupta reasons that he has seen him defending his wife and given his verdict.

Back in the present, Hoshiyaar tells Meet Hooda and Meet Ahlawat that they will once again go through hardships in these six months like the past.

However, Meet Hooda rebukes the idea saying that she does not want to get back her husband now as he has become someone else's.

On the other hand, Barfi Devi and Neelam overhear their conversation and Barfi Devi tells her daughter that Meet Hooda is just acting as if she is giving up Meet Ahlawat to Neelam.

Later, at night, Sunaina and Babita get worried asking what to do as the tap is not working while Meet Hooda comes forward saying that she will fix it.

Sunaina tells Babita to have faith in Meet Hooda while Babita says that she is worried about food as Raj has to take his medicines on time.

Meet Ahlawat goes to the kitchen and helps Meet Hooda in fixing the tap saying that he wants Raj to get his food and medicines on time.

However, between their fighting, the tap breaks, and they both get soaked in water and in each other's arms.

At the same time, Neelam sees them in a compromising position, and the tray containing the glass drops from her hand.

Later, Meet Hooda is working while Barfi Devi comes there and takes her to Tej's room where he is seen sitting on the bed with his sprained ankle bandaged.

Barfi Devi talks about Raj's desire for the Tirth Yatra and Meet Ahlawat comes forward saying that he will take Raj and Babita.

However, Raj refuses to go with Meet Ahlawat while Barfi Devi mocks Meet Hooda and suggests Meet Ahlawat taking Raj and Babita for the Tirth Yatra.

Raj says that he wants Meet Hooda to focus on business while Meet Hooda speaks up saying that she will take them for the Tirth Yatra.

The next day, Meet Hooda goes to the travel agency and books the tickets for the Tirth Yatra while Panditji praises her.

Barfi Devi is at the same place in disguise and listening to the conversation as Panditji tells Meet Hooda to come at 5 in the evening to get the Kalash and confirm their booking.