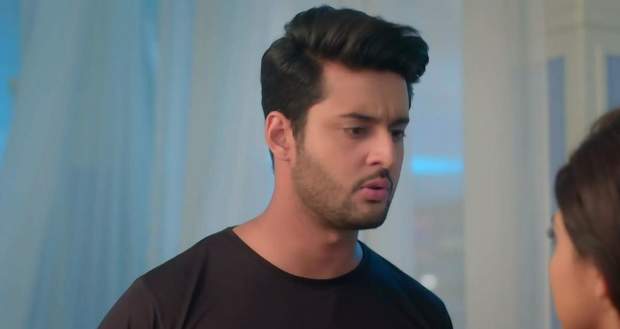 The couple questions Raj about what he is doing with the Pendrive.

Acting emotionally, Raj tells them that it is time to reveal the truth behind Ashok's murder and says that he is the one who killed Ashok.

Further, Raj plugs the Pendrive into the laptop and shows them the video which shows Raj shooting Ashok along with the bracelet which the killer had worn saying that it is his bracelet only.

Meet Hooda cries saying that Raj always regarded her as his daughter while Raj reasons that he did it out of guilt.

Further, Raj says that he is ready to plead guilty to killing Ashok.

Determined of her belief, Meet Hooda says that she has been taught that the evidence can be made up and refuses to believe he is the killer.

Raj goes to the temple and talks to God saying that he cannot bear both bearing the punishment for his brother's crimes and breaking the trust of his son and daughter-in-law.

Flashback shows, Raj stopping Ram from injecting Meet Ahlawat with something and questioning the truth from him.

Ram reveals that Meet Hooda has a video that will expose him as he was the one who killed Ashok Hooda.

Back in the present, Ram comes to Raj and thanks him for saving him from being exposed.

However, in anger, Raj scolds Ram for doing a crime and hiding it after which he says that he has told the truth to Meet Hooda.

Ram starts panicking while Raj reveals that he bribed Abhishek to edit his face in place of Ram's video and further expose himself to Meet Hooda.

Raj weeps as he tells Ram that he has to take care of the family from now on as they both hug each other emotionally.

Back in Meet's room, Meet Ahlawat is disgusted with the bracelet and is about to throw it away when Meet Hooda stops him.

Meet Hooda reason that they can get the video checked and see if the video is authentic or not.