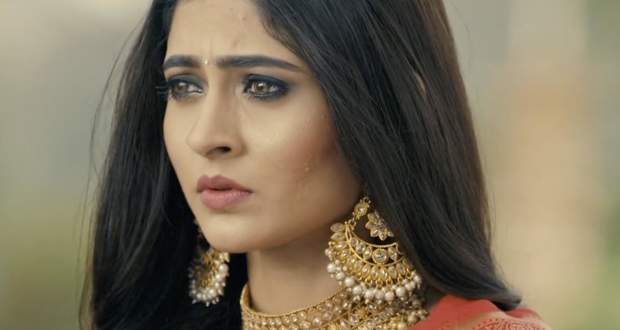 Today's Mehndi Hai Rachne Wali (MHRW) 10 May 2021 episode starts with Raghav reading Pallavi's note saying that she owns the room now and that she will not share it with him.

He gets angry while remembering how she mocked him and questions how he didn't know about Pallavi being a widow.

Jaya comes to his room and tells him to take care of Pallavi.

The next morning, Pallavi and Raghav get into an argument regarding bathroom usage.

Pallavi gets dressed while Jaya gives her a saree to wear and tells her to get dressed.

Jaya and Pallavi meet Sharda who gets angry at Jaya and reveals to her that Raghav had blackmailed Pallavi in order to marry her.

Jaya reaches home and confronts Raghab while telling him that she will leaves the house.